When it comes to building wealth, few people think about borrowing in order to get there. The tendency, after all, is to focus on becoming financially independent – and taking on more debt in the process doesn't necessarily fit with that goal.

But in the past few years, especially in the wake of the economic downturn, financial experts advising high-net-worth investors have increasingly been recommending credit as a tool to build portfolios.

It's a more sophisticated and complex strategy than the old game of borrowing to invest, however. Using credit to diversify portfolios and execute currency and interest rate hedges is becoming commonplace.

Persuading an investor to embrace borrowing – even when it seems counterintuitive – is part of the challenge, said Mary Holenski, head of private banking for Royal Bank of Canada, a division of the country's largest bank that handles investment strategies for clients that include pro athletes and top executives.

"Credit is really a fundamental piece of the business, and it's a fundamental tool to use in building and expanding wealth," Ms. Holenski said. "Not a lot of people view it as that."

Credit represents nearly half of RBC's private banking revenue – 47 per cent compared with 30 per cent five years ago – an indicator of how powerful it has become as a tool for high-net-worth investing.

What might be surprising to investors of all stripes is that most of this growth has come fairly recently. Nearly one in two clients – 46 per cent of those polled in the bank's private banking division – are using leverage as an investment strategy.

Step back as recently as a decade and the wealth management divisions at Canadian banks wouldn't have focused much on lending as a component of investing. Today, almost every bank has a capacity to leverage credit in a multitude of ways built directly into those operations, including products aimed at high-net-worth clients.

"I'm not sure a lot of clients [a decade or more ago]would have even utilized credit to protect or build their wealth, really. I think that there is a greater understanding of how to leverage debt now," Ms. Holenski said.

The key to borrowing to invest has always been ensuring an asset purchased – be it a stock or a piece of real estate – pays back more than the interest on the loan.

But wealth management strategists at the major banks are encouraging clients to use leverage to move into investment strategies that most think are beyond their reach.

Changing the mindset of the investor has been key, said Robert Doyle, head of client structures for RBC. In the past, such leverage was generally used as a short-term strategy rather than a long-term foundation for building wealth. That is changing, he said.

"Now people are standing back and saying, 'Well, there's two sides to this balance sheet, how do you deploy credit properly to your advantage?'"

The growth in leverage has pushed banks to expand. Mr. Doyle's division now has 75 advisers that focus on credit in private banking, and another six that focus on complex structures such as derivatives. This would have been rare, if not unheard of, a decade ago.

The trend toward using credit more aggressively began before the downturn and, amid the push to pay off debts that has taken place since the recession, has managed to hold up as a strategy, Mr. Doyle said.

The notion of earning a healthy return on borrowed money is a nice thought, but it's not without risk. If the credit crisis taught the world anything, it's that too much leverage is not necessarily a good thing when times go sour.

Any investor wanting to employ credit as an investment technique – whether it's to maintain cash flow or to build up an asset base for a payoff down the road – has to employ prudence.

Even in wealth-management banking, where clients enjoy a more considerable financial cushion than most, credit must be used wisely.

"You need to understand what your risk tolerance is, and you need to be able to sleep at night," said Ms. Holenski. "So we find that our clients, when we have those conversations with them, before they sign on the dotted line, they know what they are doing, they understand the strategy, and the understand the risk involved."

Risks include interest rate spikes that can shrink the margin between return on investment and the cost of borrowing the money, often with no warning. In the credit crisis, this was a common danger area for many investors who used leverage to invest.

In private banking, customers who are most interested in the concept are entrepreneurs, Mr. Doyle said.

Self-made businessmen and women who built their companies on risk in the early days tend to be more comfortable with leveraging to expand or diversify their personal wealth.

"High-net-worth customers, in how they became wealthy, in many ways have used leverage," he said. "It's the leverage of their business, it's the leverage of ideas or technology. So the use of credit is really just another element of using leverage. It's pretty core actually to how they've become wealthy."

The evolution of credit in wealth management:

A survey of private banking clients at RBC indicated that 46 per cent consider credit a critical part of their wealth management strategy.

Lending provides nearly half of the RBC division's revenue. Five years ago it was about 30 per cent.

Traditional wealth-management strategies tend to employ leverage on a short-term basis, such as drawing on a credit line as a kind of bridge loan until assets are sold or investments are realized.

Investors' strategies have evolved and become more complex. Clients, particularly those with business interests outside Canada, are increasingly using leverage to fuel interest swaps, currency hedging and borrowing as a tax shelter strategy. 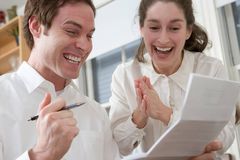 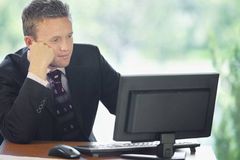 Why stock investors can’t profit from Canadian election
March 25, 2011
Follow us on Twitter @globeinvestor Opens in a new window
Report an error