Seasoned investors have seen their fair share of half-baked opportunities in niche industries. The results of this month's U.S. election, though, is turning one niche industry into a high-visibility opportunity.

Both Colorado and Washington State voted on Nov. 6 to eventually legalize recreational marijuana use, this as the number of states where medical marijuana is permitted grew to 18 – also a result of the election. While revised state laws still clash against some U.S. federal laws, the election results have drawn attention to the legitimate products and businesses that support the growing legal pot industry.

The illegal cannabis trade is estimated to be worth hundreds of billions of dollars worldwide; as laws surrounding the drug loosen and its legitimate industry grows, there are more ways for investors to get in on the ground floor of getting high.

The excitement surrounding the industry is visible: When a Wall Street Journal article discussing Medbox Inc., which offers medical-marijuana licence consulting and secure dispensing machines, was published last week, the company's stock, which trades over the counter, shot from $4 (U.S.) to more than $200. Shares quickly fell down to $20 – its founders issued a press release to temper investor expectations after its market cap grew to more than a $1-billion. On Monday, shares jumped again – this time by 150 per cent, settling at $50.

Medbox is one of a handful of companies that are suddenly on the radar of investors looking for opportunities in the growing legal marijuana market. "We felt that there was a need for transparency and compliance in medical marijuana," Medbox co-founder Vincent Mehdizadeh says. His California-based company helps clients work within the laws of their state, assisting them in getting licences and equipping them with highly secure prescription-dispensing machines.

Former investment banker Derek Peterson always wanted to take a company public, and found the opportunity in Terra Tech Corp., whose subsidiary GrowOp Technology, builds and sells hydroponic equipment for urban plant growth. Terra Tech's shares, which also trade over the counter, are worth about 44 cents; it has a market cap of $36-million.

Mr. Peterson says he's seeing a "green rush," a modern-day gold rush that needs peripheral industries to support the growing acceptance of pot. Through GrowOp, his approach is simplicity through accessibility. "Let's not try to reinvent the wheel here," he says. "Urban agriculture is starting to take off. Let's make some modern-day picks and shovels for urban gardening."

The cottage industry has grown to support services, as well. Oakland, Calif.-based Steep Hill Cannabis Analysis Laboratory, which tests medical marijuana for pollutants such as pesticides and mould, is looking for investors. Law and insurance firms are jumping at the chance to offer services, too, helping to legitimize businesses that used to face unsavoury public perception.

There are, of course, still dangers to investing in the industry. While the federal government "has, for the most part not sought to enforce its own laws," even progressive jurisdictions such as Washington State are still working out exactly how decriminalization for recreational users will work, says Salvador Mungia, a past president of the Washington State Bar Association and sponsor of that state's successful bill to legalize pot.

How diversified a company's product line is can help, too.

Despite its relatively recent legal legitimacy, the industry has been generating strong profits – allowing companies within it to develop their products with applications that extend beyond pot-smoking.

Mr. Peterson frames marijuana investing opportunities in terms of comfort: "How close to the plant do you want to be?" 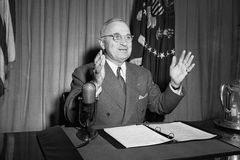 Looking for the upside of Down Under
November 9, 2012 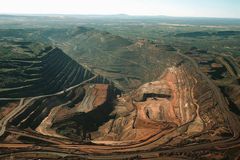