"New" is a word that should be a big turnoff when evaluating investment products.

Financial companies have a way of making new products sound like the answer to your problems. But until you've seen how these products weather a rough period in the markets, you really don't know what you're buying.

In a previous column, I suggested that you shouldn't buy an investment product without checking its performance in 2008, a historically bad year. Now, we have this summer's stock market decline to use as a much smaller-scale but still noteworthy stress test for some new exchange-traded funds that weren't around back in '08.

The ETF industry has been prolific in the past year or so in releasing innovative products that go beyond the traditional mandate of delivering the returns of major stock and bond indexes, minus a small fee. There are new ETFs that let you profit from the kind of stock market volatility we've seen lately, or that pay vastly more income than you can get from traditional bonds and term deposits, or that offer exposure to various types of commodities.

Let's see how these ETFs met the challenge posed by the market declines last month, starting with the HBP S&P 500 VIX Short-Term Futures ETF . Introduced late last year, HUV was a juggernaut in August that racked up a gain of 68 per cent while the S&P/TSX composite and S&P 500 indexes fell 1.4 per cent and 5.7 per cent, respectively.

HUV tracks the S&P 500 VIX Short-Term Futures Index, which is designed to reflect investor sentiments about short-term stock market volatility. This index soared in August, and so did HUV.

Tempted to get some of this ETF to protect against future market lapses? Think twice because HUV is too wild a ride for the average individual investor. You can see this in the fact that its gain for the year through Aug. 31 was just 7.3 per cent. In fact, HUV was actually down for the better part of the past year, only surging higher when the market tanked in August. This warning about HUV goes double for its leveraged twin, which goes by the ticker symbol HVU (leveraged means it gives you twice the up or down move of the target index).

Another option for tracking the S&P 500 VIX Short-Term Futures Index is the iPath S&P 500 VIX Short-Term Futures ETN (It's also listed on the NYSE under the same ticker.) This is an exchange-traded note (ETN), which is an ETF cousin with some characteristics of bonds. Basically, banks issue ETNs with the promise of paying you the returns of the underlying index. VXX has been issued by Barclays Bank PLC, and it made 71.3 per cent in August.

The most popular of the new ETFs in the Canadian market are those based on covered call writing, a strategy of generating high levels of income by holding stocks and selling call options on them. Investors buy call options to have the opportunity of buying a stock at a preset price and time.

The most diversified of the covered call ETFs is the HAP Enhanced Income Equity ETF , which is based on a portfolio of 30 equally weighted blue-chip stocks. HEX was down 3.3 per cent in August, more than double the decline of the S&P/TSX composite index.

But on a total return basis, income payments as well as share price changes, HEX was down just 1.2 per cent. The most popular covered call ETF as judged by daily trading volumes is the BMO Covered Call Canadian Banks ETF , which fell 0.6 per cent in price last month but had a total return of 0.2 per cent.

The message here for investors is that covered call ETFs will fall in down markets, but the income they pay can take at least some of the edge off.

One new product from the Claymore family of ETFs has done conspicuously well lately, while another has done just the opposite. On the plus side, we have the Claymore Broad Commodity ETF , which tracks an index of futures contracts on 12 different commodities in the energy, agriculture and metal sectors.

Many commodities have fallen hard in price lately, but CBR managed to gain 1 per cent in August and 6.8 per cent for the year through Aug. 31. The S&P/TSX composite index fell 5 per cent for the first eight months of the year.

Claymore explains CBR's resilience as being a result of risk controls that can reduce exposure to zero in a commodity that is plunging in price. Lately, CBR's portfolio has been only 44-per-cent invested in commodities, with the rest in cash. CBR could certainly lose money in another big market decline, but it bears watching as a way of cutting the substantial risks of commodity investing.

Claymore's Advantaged Short Duration High Income ETF hasn't held up as well lately. CSD is designed to provide investors with the extra-large yields available from high-yield bonds while reducing risk by holding only bonds that will be redeemed in a year at most.

A couple of points of explanation are required here. First, high-yield bonds are issued by non blue-chip companies that have to pay extra-juicy interest rates to attract investors. Second, risk in holding all kinds of bonds declines the closer you get to maturity. In other words, shorter terms are safer.

CSD yields roughly 5 per cent these days, so you'll definitely generate more income than you would with government and high-grade corporate bonds. The cost is a higher risk profile that in August resulted in a 3.3-per-cent decline in price.

Claymore says its goal with CSD is to provide a positive return over a 12-month period. But the results of the August stress test suggest the ride for investors can turn nasty in a sudden stock market plunge.

The problem with buying brand new investing products is that you don't know how they'll behave when the going gets tough in financial markets. The good news about the market volatility of late is that it has provided a chance to see some new exchange-traded funds operate under stressful conditions. Here's how some of these new ETFs performed in August and for the year to date: 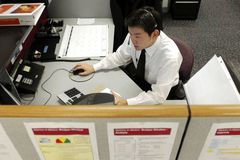 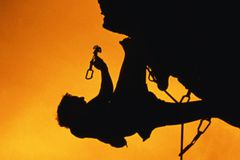