Per Lindberg is lonely.

Not literally - he has friends and family. It's just that he is the only sell-side analyst covering Apple Inc., out of roughly 40, who has a "sell" rating on the company.

That makes him the sole skeptic on one of the most richly valued and heavily hyped stocks in today's tech sector. His pessimism, however, extends beyond Apple to most other players in the communications equipment sector. He has "neutral" or worse ratings on 10 of the 12 stocks he covers.

"There is no doubt, in my mind, that the whole sector is hugely overstretched," says the London-based physics PhD and MBA graduate who joined MF Global Ltd. in 2008 after 10 years at investment bank Dresdner Kleinwort.

"The whole sector is priced as if the average player would sustain 25 per cent margin in eternity," he adds.

"It's bordering on absurdity. This will end in tears."

He is willing to use the b-word: "Many stock bubbles are generated by sell-side analysts generating enthusiasm for the companies they cover."

To date however, it's Mr. Lindberg's call that's been the costly one for investors. He has maintained his sell rating on Apple since early February of last year, causing investors who followed his advice to miss out on a more than 110-per-cent surge in the share price.

This is the math that leads Mr. Lindberg to the conclusion the sector is significantly overvalued: The iPhone drives roughly half of Apple's current market capitalization of $200-billion (U.S.), he estimates. That valuation of $100-billion for the iPhone business is roughly two times the revenue of the entire smart phone market, with all iPhone competitors included, he says.

He believes the smart phone market will grow to $80-billion in 2012, and sales will thereafter "expand at a pedestrian, single-digit rate." A more reasonable industry-wide profit margin of 10 per cent, on $80 million in sales, yields pretax profits of $8-billion, or $5.5-billion after-tax. Mr. Lindberg believes the entire smart phone industry, including the iPhone, is currently valued by the markets at $200 billion. With that valuation, he argues, that $5.5-billion is a 2- to 3-per-cent real earnings yield, "a level that leaves investors with no compensation for quite exceptional equity risks."

A company that isn't on his coverage list is the one he feels will give Apple and its rivals their biggest problems: Google.

"Granted, Apple still has the edge when it comes to the sheer number of downloadable applications, music and brand power," Mr. Lindberg wrote on Jan. 6 when reiterating his "sell" recommendation on Apple. "Google, however, is not far behind."

Mr. Lindberg believes Google has the "richest repertoire of entrenched Internet services," and that with an advertising-based revenue model it "has the power to make content freely available to all users at no cost." That would likely make Google-powered smart phones much cheaper to use than the iPhone and its rivals.

Apple's bulls acknowledge the Google threat, but believe Apple has quite a head start. In addition, their estimates for growth across all Apple's markets exceed Mr. Lindberg's.

Brian Marshall, an analyst at the Broadpoint AmTech division of Broadpoint Gleacher Securities Group Inc., raised his target price on Apple to $260 in late December, in large part because he believes in huge international growth for the iPhone - nearly 100 per cent year over year in the fourth calendar quarter of 2009, with more opportunities to follow.

"There isn't any reason Apple can't double its revenue base in three to five years and be a consumer electronic company that does roughly $100-billion," Mr. Marshall says. His new target price is 22 times his estimate of $11.75 in per-share earnings. "I think Apple is the best technology company on the planet - I'm willing to put a 50-per-cent premium to the S&P 500 on it," he adds.

Mr. Marshall and other analysts are already developing their estimates for 2010 sales of an Apple tablet device, a hotly rumoured product the company has not actually announced. Mr. Marshall figures the company will sell 2.2 million tablets this year. Question him about including an unconfirmed product in his model, and he says it adds just 14 cents to earnings because of first-year costs. Some people predict an Apple tablet will sell in excess of 10 million units this year, so he says he's being conservative by contrast.

Mr. Lindberg's analysis seems focused on Apple's known product line. Slowing unit-sales growth and falling average sales prices have muted the top-line performance of the Macintosh line, he says. iPod revenue has fallen year-over-year for four straight quarters, in part due to cannibalization by the iPhone, he estimates. Now, with "unremarkable" upgrades and price concessions, the iPhone is headed to commoditization, he believes.

Mr. Lindberg is among 44 Apple analysts; 38 have "buy" ratings and four are neutral, according to Bloomberg data. (Another "sell" analyst stopped updating his recommendations last July.)

As for why he's the sole Apple analyst actively following the company to see the Silicon Valley giant in such a harsh light, he insists the question should be asked of the bulls: "Why aren't more of you saying sell?" 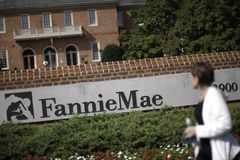 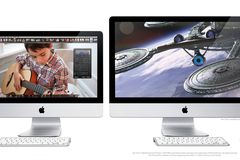 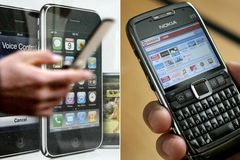 Google threatens to pull out of China
January 12, 2010 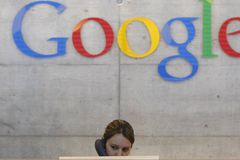 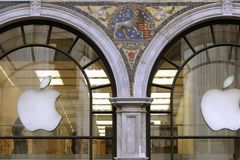