It's time for Canadians to look more closely at that major trading partner of the United States with a growing economy and lengthy, shared border.

We're talking about Mexico, of course.

Too much attention is given to the country's horrific, drug-related murders and the hot-button issue of illegal immigration to the U.S. Not enough is given to Mexico's continuing economic emergence and a series of reforms, some still in the works, that can set the country on a long-term path of increased growth.

For years, Mexico suffered because China's low wages made it the no-brainer manufacturing hub. However, Chinese wage inflation means that gap has at least narrowed, and some say it has disappeared. Economists at Merrill Lynch said in April that Mexican wages, nearly double China's 10 years ago, are now nearly 20 per cent lower.

You may find that prediction overheated – after all, Mexico's gross domestic product growth rates remain below its Latin American neighbours, and its population of just over 100 million pales in comparison to the numbers in China and India.

But the performance of Mexican equities in 2012 indicated investors think good things can happen: The Mexican Stock Exchange's Mexican Bolsa IPC Index gained 18 per cent, beating the emerging-markets average. There has been a pullback this year, however, as investors wait to see what happens with economic reforms, including changes to the tax system and potential expansion of energy exploration.

"There are huge expectations in Mexico with the new agenda of the government that, this time, all of the reforms will be for real," says Piero Gutierrez, a Mexico-based lead portfolio manager for the Scotia Latin American Fund. "In the past, there have been a lot of political issues, but there now seems to be a consensus among the political parties to get the reforms the country needs to grow at a higher rate in the future."

Mexico already instituted an overhaul of its labour laws last year. Now, it's talking fiscal reform, which may position the country better for the long run, but cause short-term discomfort through higher taxes in some areas. Energy reform – "the most important of them all," says Guido Giammattei, a portfolio manager for the RBC Emerging Markets Equity Fund – would allow the state-owned oil company to partner with foreign concerns and create a wave of capital investment.

So, how can a Canadian buy into Mexico?

There are no Canadian mutual funds that focus exclusively on Mexico, says Morningstar. The Scotia fund is one of four equity funds that have the whole of Latin America as their mandate (see table). Each has roughly 25 per cent of assets in Mexico, Morningstar says.

The BMO Emerging Markets Bond Hedged to CAD exchange-traded fund invests in U.S.-dollar-denominated bonds, and (as the name implies) hedges to the Canadian dollar. Mexican bonds are the single largest component, Morningstar says.

Both Mr. Giammattei and Rasmus Nemmoe, a senior portfolio manager of the BMO fund, like Mexico's financial companies because, so far, few Mexicans are their customers; these firms have significant growth potential as they penetrate the market.

Financials are "more linked to the country than any other sector," says Mr. Nemmoe, who has Grupo Financiero Banorte SAB de CV as one of the top 10 holdings in his fund. "They tend to rise in line with the expansion of the middle class."

For purer Mexico plays, Canadian investors must look south – by one country, not two.

The largest U.S.-based exchange-traded fund is the iShares MSCI Mexico Capped ETF (Ticker EWW). Formed in 1996, it has more than $2.2-billion (U.S.) in assets and is designed to track the performance of the MSCI Mexico Investable Market Index, which covers 99 per cent of the value of the country's market. (The "capped" portion of the name refers to rules that limit the size of holdings in the fund.)

The fund has an expense ratio of 0.53 per cent.

There are two closed-end mutual funds trading on the New York Stock Exchange that pick and choose among Mexican investments, rather than trying to replicate a broad index.

Mexico Fund Inc. (MXF), founded in 1981, invests mostly in stocks trading on the Mexican Stock Exchange, with a bit of Mexican bonds and bank deposits thrown in. Its largest holding, as of June 30, is Fomento Economico Mexicano. At $31.39 (U.S.) a share, it's trading at a very small premium to its net asset value; it has an expense ratio of 1.49 per cent.

Mexico Equity & Income Fund Inc. (MXE), founded in 1990, also has the vast majority of its assets in individual equities, but also holds bonds and has a small interest in a private-equity fund. Its largest holding at June 30 was miner Grupo Mexico SAB de CV. At $16 a share, it's trading at a discount of roughly 13 per cent to its net asset value; it has an expense ratio of 1.57 per cent. 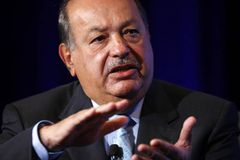 Mexico manufacturing output falls for the first time since 2009
February 18, 2013 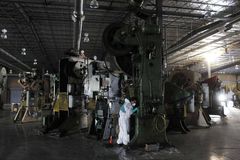