Investors looking to make money off of Canadians' growing appetite for fast food are eyeing restaurant operator MTY Food Group Inc., although analysts don't expect the stock to gain much in the near term unless the company makes another acquisition.

Shares of MTY, which has more than 30 restaurants brands such as Mr. Sub, Jugo Juice, Van Houtte and Manchu Wok, are trading flat year over year at about $34. The analyst consensus price target over the next year is $36.50. Three out of four analysts have a "hold" rating on the stock, while one sees it as a "buy," according to Bloomberg.

Sales have been picking up in Ontario and Quebec, where MTY has about 75 per cent of its locations. However, the economic slowdown in Alberta and Saskatchewan – as well as tough competition in the fast-food market over all – are weighing on sales. The company is growing through acquisitions and expanding locations for some of its brands, but also closing underperforming operations for others.

"It's true the company hasn't shown a very strong track record of organic growth in the past three years, but they're still creating value through acquisitions," said Jeff Mo, portfolio manager at Mawer Investment Management, which has owned the stock since 2007.

"The characteristics of the business are very attractive," Mr. Mo said, pointing to the franchise model that delivers high margins and stable, recurring revenue.

Quick-service (QSR) restaurant sales grew 5.9 per cent to $26.8-billion in 2015 from a year earlier, according to data from Restaurants Canada. That's stronger than the 3.3-per-cent year-over-year growth in full-service restaurants. About 90 per cent of MTY's sales are in Canada, with the rest in international markets such as the United States and the Middle East.

MTY is looking to expand more outside of Canada to further diversify its sales geographically.

"Growth is expected to come from further domestic and international penetration, as well as through continued [mergers and acquisitions]," Cormark Securities analyst Marc Robinson said in a recent note.

"MTY continues to look expensive," Mr. Robinson said, adding that the stock trades at a "sizable premium" of 19.7 times earnings, compared to an average of 17.6 times for the North American restaurant franchisors group. The dividend yield is 1.35 per cent.

"Western provinces remain under significant pressure and the outlook for the QSR industry remains challenging," Mr. Robinson said. "Valuation needs to be backfilled with a sizable acquisition, which is likely to happen at some point, but management's pricing discipline may delay such a deal for some time."

The company said it made a bid for Quebec's rotisserie chicken chain St-Hubert Group, but it was purchased by Cara Operations Ltd., the largest Canadian-owned restaurant company, for $537-million last month.

MTY founder and chief executive officer Stanley Ma says the company's goal is to expand through existing brands and acquisitions of new ones in Canada and outside of the country, including the United States.

"Whether we do M&A or not, internal growth is still going to be there," said Mr. Ma, who is also the company's largest shareholder with about a 25.6-per-cent stake.

In its annual report, MTY said its "very short-term" focus is growing revenue through innovation, including offers of new menu items as well as improving the quality of customer service.

MTY's more recent acquisitions include 60 per cent of the assets of Big Smoke Burger for $3-million in September, 2015, and the Manchu Wok, Wasabi Grill & Noodle and SenseAsian franchises for $7.9-million in December, 2014.

Bank of Nova Scotia analyst George Doumet has a "sector outperform," (similar to "buy") and $39 target on MTY.

"We like MTY given expectations for further acquisitive growth," he said in a note. "In today's environment, we expect to see significant valuation accretion from M&A." 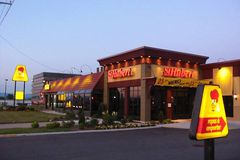 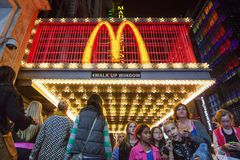 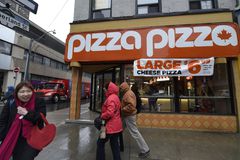