It's a dividend ETF dogfight.

With Bank of Montreal recently joining the fray, there are now at least five Canadian dividend ETFs vying for a place in your portfolio – six if you include the actively managed Horizons Dividend ETF .

While more choice is a good thing, it can also overwhelm investors. So today, we'll highlight the strengths and weaknesses of each of the five passive dividend ETFs (I wrote about the Horizons ETF previously, here).

Joining us is Justin Bender, associate portfolio manager at PWL Capital Inc. in Toronto, who has some advice for would-be dividend ETF investors.

"People don't really understand most of these products," he said. All five ETFs invest in dividend stocks and pay distributions monthly, but "they're all very different in terms of the holdings and the risks involved."

A general rule of thumb, he said, is to limit dividend ETFs to no more than 40 per cent of your Canadian equity allocation. You might also consider pairing the dividend fund with a large-cap ETF such as the iShares S&P/TSX 60 Index Fund or the BMO Dow Jones Canada Titans 60 Index ETF , he said.

There are a couple of reasons for this, he explained. First, the turnover in some dividend ETFs could create extra taxes in non-registered accounts. Second, some dividend ETFs are tilted toward small-cap stocks, which have higher expected returns but are more volatile and less liquid than large-caps.

If you can't decide which dividend ETF is right for you, you can always mix and match to suit your needs, he said.

Pros: Launched in 2005, has the longest track record of any dividend ETF in Canada. Companies must have paid dividends in each of the past five years and meet tests based on yield, dividend growth and payout ratio.

Cons: Has a small number of stocks and a high concentration in financials, at 50.5 per cent, with banks accounting for 32 per cent. The methodology should keep turnover low, but many Canadian investors already have enough exposure to banks.

Pros: Better sector diversification than XDV, with the largest weighted industry in the fund – energy – accounting for about 24 per cent and financials just 13 per cent. Company must have raised its dividend for five consecutive years, setting the bar high.

Cons: The index on which CDZ is based – the S&P/TSX Canadian Dividend Aristocrats index – suffered heavy attrition during the financial crisis when many companies cut or failed to raise dividends. Risk is magnified by a weighting of about one-third in small-caps.

Pros: Has the largest number of stocks and highest yield of the five. No company can account for more than 5 per cent of the index (compared with 10 per cent for XDV and 8 per cent for CDZ).

Cons: Company merely has to pay a dividend to be considered, with up to 75 stocks drafted from the S&P/TSX composite in descending order of yield. Sector concentration a risk, with financials and energy together accounting for about 60 per cent of the fund.

Cons: The only dividend ETF not based on an index, it "utilizes a rules-based methodology that considers the three-year dividend growth ratio, yield, and payout ratio." That sounds good, but Mr. Bender said BMO doesn't disclose enough about its methodology for him to make a thorough assessment. Also, the fund has a bias toward mid- and small-cap companies.

Pros: Similar to XDV, but with 50-per-cent more stocks. Based on the Indxis Select Canadian Dividend Index, which includes companies with stable or rising dividends over the last five years.

Cons: Huge concentration – about 44 per cent – in the Big Six banks.

Yields (projected yields after expenses) and MERs (management expense ratios) were provided by the ETF companies. 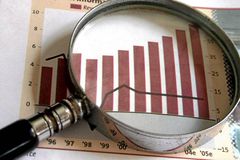 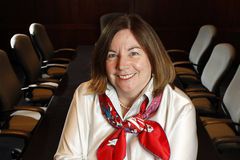