Most of the original reasons not to invest in Facebook have been rendered obsolete, thanks to the company's actual performance. Wednesday's news that its fourth-quarter profits were up eightfold over the prior year boosted its shares in after-hours trading.

Now, it seems, we must come up with new excuses.

Teens, it is said, are abandoning the network – or never joining at all. Even worse: Facebook, we learned last week, is like an infectious disease that will be cured, with the service losing 80 per cent of its users by 2017.

That particular story was about a research paper published by two Princeton University researchers called "Epidemiological modelling of online social network dynamics." It's a neat conceit: The adoption, and abandonment, of social networks is similar to the dynamics of the spread of (and recovery from) infectious disease.

To arrive at their forecasts for Facebook, the researchers use the SIR, or susceptible/infectious/recovered model, and apply it to MySpace, the early social network that has already peaked and sharply declined. Because they found a fit with the MySpace data, they applied it to Facebook to create their prognosis.

The paper has not been peer-reviewed, but some non-academicians have already made some observations: They find the comparison between social networks and diseases odd, and the comparison of Facebook to MySpace stranger still.

Here are two more. One, because user data for the networks is sometimes difficult to obtain (remember, MySpace was always a private company), the researchers used searches on Google for the name of the network as a proxy for use. Apparently, the number of searches for "Facebook" on Google peaked in 2012. This strikes me as imperfect, since we have actual user data for Facebook now that it's a public company, and the only people searching for "Facebook" in Google are people too lazy to bookmark the site.

Two, and more important, is that the result is absurd. While the widely reported conclusion is that Facebook will lose 80 per cent of its users between 2015 and 2017, that's actually the "late prediction bound curve" for the data. The "best fit" for the data, the researchers acknowledge in the paper, is that Facebook will shrink to 20 per cent of its maximum size by December, 2014.

That would be in 10 months. Facebook, which reported nearly 1.2 billion "monthly active users" in December, 2013, will lose almost one billion users in the next 10 months. We'll see what the comments are for this paper in the peer review.

Rather than say Facebook is like an infectious disease, I'd rather compare it to the newspaper industry. Some would say that's worse than a disease, but they forget that newspapers had many, many highly profitable years of being pretty much the No. 1 way to reach a large number of local consumers. Newsroom folks like me mistakenly thought we were in the news business; we were in the audience business, with just a few similar competitors.

For many years, the newspaper industry worried that young people weren't reading the product. But generally, young people became newspaper customers as they got a little older, bought a home, started a family and became full-scale consumers. And newspapers maintained their audience. At least until Google and Facebook came along.

I think that's where Facebook is today. Plenty of teens are choosing Instagram (which Facebook owns, by the way) or Snapchat, eschewing Facebook because it has their parents and all the other old people. There will come a day, however, when all their childhood and college friends take new jobs, maybe move away, and aren't right there in their day-to-day lives. For years to come, there will be no better way than Facebook to regularly stay in touch. 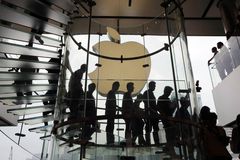 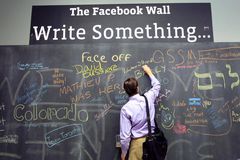