Iconoclastic U.S. investor, author and commentator Peter Schiff has long been fairly bullish on Canada, its resources and its prospects. The chief executive officer of Euro Pacific Capital Inc. of Westport, Conn., came to Toronto this week to publicize the launch of his first Canadian venture, Euro Pacific Canada, in which he holds a 20-per-cent stake, and to expound on his philosophy, which underpins the firm's investment choices.

Q. What makes Canada so attractive to you?

A. I'm already investing in Canada. I personally have more money invested in Canada than I do in the U.S. Part of that is my interest in owning resources. There are a lot of resource names up here. Pretty much all the stocks I own in Canada are resource stocks.

A. Energy as well, and agriculture.

Q. Your outlook on the U.S. economy is rather dark. What about the Canadian economy?

A. I'm not nearly as pessimistic about Canada. … I like Canada for the resources. [Canadians]are certainly going to be impacted by the problems in the U.S., maybe more so than other countries. So that's a negative. A lot of it depends on how Canada reacts.

A. Canada's interest rates are still much too low. But they [authorities]feel that they can't raise them, because they don't want to see their currency rise too rapidly against the dollar. That's a mistake. The longer they follow our lead, the more problems they'll create for their own economy. We're going to take a lot of countries down that have tethered their currency to the [U.S.]dollar.

Q. But we fear that a stronger loonie will cripple our already weakened manufacturers. Why is that not a legitimate concern?

A. Ultimately, they won't get creamed, because if the Canadian dollar is strong, then that means capital costs for Canadian businesses will be lower. There will be confidence in the future purchasing power of the Canadian dollar. Higher interest rates will mean more Canadians are saving, which will bring down the cost of capital for businesses to invest in labour-saving devices to make them more competitive. Also, when your currency goes up, the cost of raw materials goes down. … In general, manufacturers are helped by a strong currency.

Q. How does this figure into your bond strategy?

A. As an investor, the most important thing for me is the strength of the currency where my yields are coming from. We have Canadian bonds in my bond fund. If I'm a bond investor, it's the only thing that matters really. I'm not worried about Canada defaulting. But I would be worried about Canada inflating. When you're a bond investor, you want purchasing power. … I have to make sure the currency that I own [for clients]is going to deliver that purchasing power in the future. So the currency value is paramount.

Q. Obviously, you're no fan of the U.S. currency.

Q. Yet money is still pouring into U.S. Treasuries.

A. Not my money. You're seeing the Federal Reserve buy Treasuries. But none of my clients are buying. I can't imagine the person dumb enough. I want to find that person.

Q. I guess you're not rushing into European sovereign debt either.

A. The maturity on my bond fund … is two-point-something years. I don't want long-term bonds, because the rates are too low. But a lot of people are being suckered into making that tradeoff, because you can't get any yield on the short-term bonds. So some people are buying 10- and 20-year bonds, because they need the income. They don't realize how much risk they're taking. As an investment adviser, I'd rather tell my client: "Look, if you really want bonds, then just buy the short-term bonds and spend some of your principal now. Because you'll lose a lot less of it that way."

Q. What's your own recommendation?

A. I still try to get my clients to go away from the fixed income [sector] If you need income, buy stocks. There are stocks that are paying 5, 6, 7, 8, 9 per cent. So you can get all the income you need. 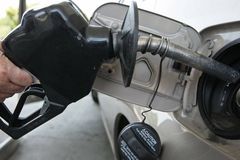