Just as investors in Shaw Communications Inc. and Cogeco Cable Inc. were enjoying the benefits of not being caught up in Canada's wireless wars over the summer, the government is turning its attention to cable TV providers.

Shares in both Shaw and Cogeco Cable were under pressure Tuesday after the federal government said it plans to force cable and satellite TV companies to offer a "pick-and-pay price model," over the current bundle system.

Some investors believe cable providers have enough pricing power to make up any lost revenue and margins should the government pursue the change. Others see it as the latest blow to an industry already in decline as viewers turn to the Internet and away from pay TV to watch their favourite programs.

"I can't for the life of me see how à la carte programming isn't going to reduce the amount you and I spend," said Canaccord Genuity analyst Dvai Ghose. "I don't see how it can't have a negative impact."

Shaw would be the company most affected, given that almost half of its revenues this year are expected to come from cable and satellite services, Mr. Ghose said in a note on Tuesday.

Both Shaw and Cogeco Cable saw their share prices rise since late June, when the threat that Verizon Communications Inc., the U.S. giant, might come to Canada dragged down its peers with wireless divisions, namely BCE Inc., Rogers Communications Inc. and Telus Corp.

Those price gains are under threat, depending on the details of the government's proposed changes that are expected to come in Wednesday's Throne Speech.

"While the market has focused on wireless regulatory risk, as feared, the government is now looking at cable as well," said Mr. Ghose, who has a "sell" rating on Shaw, "in part because the market seems to be underestimating Canadian cable regulatory risk."

Meantime, he has a "buy" rating on Telus and Rogers, believing the wireless regulatory risk that drove down those stocks in the summer has been "overstated."

The government has talked in the past about pushing for a pick-and-pay model and Senator John McCain proposed a similar change in the U.S., through a bill introduced in the spring known as the Television Consumer Freedom Act. Still, the bundle system remains the norm across North America, at least right now.

While consumers will get more choice in a pick-and-pay environment, they're likely to also pay more per channel, said BMO Nesbitt Burns analyst Tim Casey.

He recommends investors not rush to any conclusions, especially until the government provides more detail about its plans, and how they would work.

"As of today, this doesn't materially change the investment thesis for cable stocks," says Mr. Casey, who has the equivalent of a "hold" rating on both Shaw and Cogeco Cable.

Among 15 analysts that cover Shaw in particular, nine have a "hold" on the stock, four recommend it as a "buy," and two say, "sell," according to S&P Capital IQ.

Andy Nasr, portfolio manager at Middlefield Capital Corp., said cable providers still set pricing, which means they have the power to make up the difference if the government does change the rules.

"It's still an oligopoly," said Mr. Nasr, whose company owns some Shaw shares, but has been trimming its position.

"If you look at the business model and the way the cable companies buy content, I don't think it will be that big of a deal."

What's more, he says cable companies will likely seek new revenue streams to adapt to the changing TV-viewing landscape. For instance, the Wall Street Journal reported over the weekend that Netflix is in talks with several U.S. cable television companies to make its streaming video service available through their set-top boxes. If a deal is struck it could pave the wave for a similar arrangement with cable companies in Canada, Mr. Nasr says. 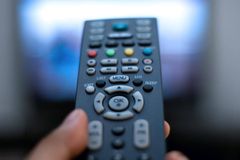 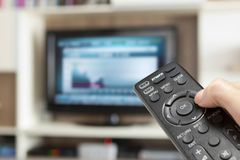 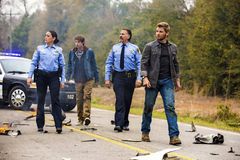