John Reese is founder and CEO of Validea.com and Validea Capital Management, and portfolio manager for the Omega American & International Consensus funds. Globe Investor has a distribution agreement with Validea, a premium Canadian stock screen service. Try it.

Given his celebrity status, it can be easy to forget what first made Warren Buffett the world's most-followed investor: His impeccable track record. For decades, Mr. Buffett has produced returns at Berkshire Hathaway that almost no investor can match.

But Prem Watsa can.

The chief executive officer of Toronto-based Fairfax Financial Holdings, Mr. Watsa has achieved exceptional results over the past 2½ decades by using a value-focused approach. His quality can be seen most clearly in the results posted by Fairfax's investment arm, Hamblin Watsa Investment Council.

In the 15 years through 2011, Mr. Watsa helped guide Hamblin Watsa's stock portfolio to annualized returns of 14.2 per cent, nearly tripling the S&P 500's 5.5 per cent annual returns over that period.

I believe that the best way to become a good investor is to learn from those who have had the most success in the stock market over the long haul. That's why I created my Guru Strategies (each of which is based on the approach of a different investing great), and it's why I pay heed to what an investor like Mr. Watsa has to say.

Last year, he offered this piece of wisdom while discussing his strategy. "We look at markets declining as an opportunity to buy good assets cheaply. … Similarly, when market exuberance sends prices well above our estimation of value, we don't buy and we might sell. … A clear understanding of the fundamental value of our holdings allows us to go against the crowd. It is lonely at times, but it works."

I was curious to see how Mr. Watsa's most recent moves stack up against the strategies of some of history's other great investors, so I ran Fairfax's most recent U.S. holdings through my guru-inspired strategies. I found several stocks that get high marks from both Fairfax and these guru-based approaches – and that makes them worth a long, hard look if you're on the hunt for good value stocks.

Wal-Mart Stores (WMT): Fairfax had a minor position in the Arkansas-based retail giant at the end of the first quarter, owning about $13.5-million (U.S.) of its shares. It's one of the few Fairfax holdings that also gets high marks from my extremely stringent Buffett-based model. This strategy looks for firms with decade-long histories of increasing annual earnings, manageable debt and high returns on equity (ROE).

Wal-Mart delivers on all fronts. It has raised earnings per share in each year of the past decade, it has enough annual earnings that it could pay off all its debt in under five years if need be, and it has generated a 10-year average ROE of 20.4 per cent. Wal-Mart's shares also come with a solid 7.1 per cent earnings yield.

Johnson & Johnson (JNJ): At the end of the first quarter, Fairfax owned nearly $400-million in shares of this New Jersey-based maker of health care and personal products. The firm has been a long-time Berkshire holding, but has had some choppy earnings in recent years (including a big decline last year), part of why my Buffett-based model isn't seeing it as a "buy" right now despite its reasonable debt load and stellar return on equity. But my James O'Shaughnessy-based value approach does see a lot to like, including the company's large size, strong cash flow and 3.95 per cent dividend yield.

Wells Fargo & Co. (WFC): San Francisco-based Wells has weathered the financial turmoil of the past four years better than any other U.S. bank. Mr. Watsa's Fairfax owned more than $100-million of its shares at the end of the first quarter, while Berkshire owned more than $1-billion. My Peter Lynch-inspired model is equally enthusiastic about the stock. It likes the company's relatively low price-to-earnings ratio in relation to its growth rate.

Pfizer Inc. (PFE): Fairfax owned about $5.3-million of this drug giant's shares at the end of the first quarter. The firm's earnings have been pretty choppy in recent years and its return on retained earnings falls well short of my Buffett-based model's standard. But my O'Shaughnessy-inspired model sees value in the New York-based firm's shares. The strategy likes its large size, strong cash flow per share, and solid 4.1 per cent dividend yield.

Disclosure: I own shares in Wells Fargo, Pfizer and Wal-Mart. 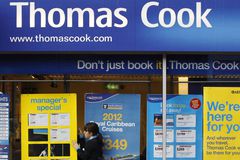 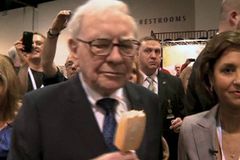 Guardian: A deep value stock for the patient investor
June 11, 2012 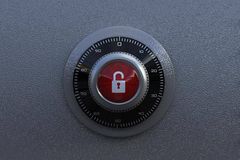