Oil sands investors, it turns out, should have listened to environmentalists after all.

Placing a bet on the oil sands, once thought of as a sure path to riches, is looking like an over-hyped investment theme in the process of confronting a less glamorous reality. Stocks in companies involved in the industry have been taking on water, but they're not yet cheap enough to make compelling buys.

As a proxy for the sector, consider the iShares Oil Sands Index Fund, which contains a who's who of the industry, including Suncor Energy Inc., Cenovus Energy Inc., Canadian Oil Sands Ltd., Imperial Oil Ltd. and Canadian Natural Resources Ltd. It has lost more than half its value since mid-2008 – from around $30 a share to only $13.70.

For starters, it's now obvious that many retail investors were heedless of the political risks that go along with oil sands development. Memo to Main Street: You should proceed with caution when opponents have successfully turned an industry into a global symbol of environmental destruction.

And it's an understatement to call it unwise for companies to undertake mega-project oil investments without noticing that Alberta has no ocean coastline and therefore lacks a guaranteed ability to get product to market.

The Alberta and Ottawa governments also have to share some of the blame for shareholder losses. Both governments have been ideologically incapable of seeing global warming as a major political issue worth taking action on. They've failed to introduce the kind of regulatory regime that might have helped the industry protect itself from environmental foes.

Additionally, in Alberta's case, it was just pure folly for the province to rubber stamp just about every oil sands mega project that walked through the door. Try to build too many projects at once, and dramatic cost escalation is guaranteed. As a measure of how high wage rates in the oil sands have now soared, consider a recent job posting from the Fort McMurray area – $68,500 annually for a cook's helper.

Ottawa, meanwhile, is guilty of its own folly. It's cultivated a reputation as an international global warming villain at just about every recent climate conference. The federal government now has no capital in the bank with which to fight off environmental attacks on the Keystone XL pipeline, the industry's great hope for delivery of oil sands crude to the U.S. and beyond.

This year, nearly every company with major oil sands exposure is down by double digits and some investors may regard them as bargains. However, oil sands equities don't yet seem cheap enough to compensate for all the risks.

Even an optimist has to believe it's now going to take years to build the pipelines the industry so desperately needs.

Then there are the project costs that are helping to make the sands some of the world's most expensive oil, leaving the industry vulnerable to any cyclical downturn in the price of a commodity. The disruptive technology that's yielding cheaper oil from tight rock formations in the U.S. isn't helping in this regard.

Here's a cautious take from a recent AltaCorp Capital report on Imperial Oil, one of the world's few triple A credits and arguably the best company in the patch.

It rates the stock a "sector perform," street talk for a hold.

AltaCorp just loves Imperial's refining assets, which are benefiting from North America's low crude prices. The problem is the oil sands, where Imperial is building the Kearl project. Spend $10-billion here, or $10-billion there, and as the saying goes, pretty soon you're talking serious money. Kearl, when finished, is projected to come in at more than a staggering $30-billion.

The number is scary, even by oil patch standards.

We'll give the last words to AltaCorp. "While we are excited about the prospects for continued strength in the company's downstream business, we remain deeply concerned about cost pressures in the oil sands. While this is a theme that will impact all of the four Canadian integrateds, we believe Imperial could be particularly at risk, owing to their industry-leading growth plans that are focused almost entirely on the oil sands." 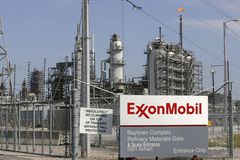 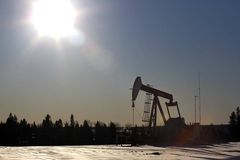 Of popes and pipelines: Canada’s global influence in the spotlight
February 19, 2013 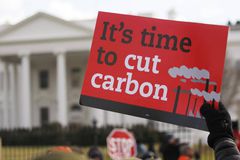