Research In Motion Ltd. enters 2012 a bruised company, beset by huge challenges yet armed with a determination to turn the smartphone giant around after the worst year in its existence.

Whether co-CEOs Mike Lazaridis and Jim Balsillie can accomplish the task – or whether the company continues a spectacular fall that is drawing comparisons to Nortel Network's deterioration a decade ago – is a question likely to be answered in the coming year.

Because things just can't get much worse for the Waterloo, Ont.-based tech heavyweight: Over the last year, its share price dropped by more than 70 per cent, its market share in the United States collapsed to just 9 per cent, it missed numerous profit estimates and the company delayed key products and crucial software updates, disappointing investors and tarnishing the BlackBerry brand.

In 2012, RIM's recent missteps will be revealed either as the brutal but temporary "transition" the two executives keep labelling them, or as the terminal corporate failure many fear. In the near term, RIM is likely to suffer through more bad news as it attempts to stop share losses. It's only in the latter part of the year that everyone will find out whether RIM is here for the long term, when the company launches a new set of BlackBerrys running fresh software.

"A broken business model needs time to fix and investors will have to give RIM's current management the time to fix it," Neeraj Monga, an analyst with Veritas Investment Research, wrote in a recent note to clients. "RIM's platform needs reviving. That cannot be achieved overnight."

RIM, in the meantime, is dealing with a serious image problem in many markets around the world. Although the BlackBerry lineup sells well in many emerging markets, it has fallen behind Apple Inc.'s iPhone, as well as the various advanced smartphones running Google Inc.'s Android operating system, in the developing world's consumer mindset – a fact reflected in RIM's precipitous drop in popularity in the U.S., where most smartphone trends begin.

RIM's tablet attempt also fell flat in 2011, as the BlackBerry maker attempted to release something to rival Apple's iPad, but released its PlayBook device prematurely, with neither the applications (or apps) that would make it appealing to consumers, nor the enterprise functionality that many corporations craved. A key software update for the device, which would have enabled e-mail and other functionality that was missing at launch, was then delayed to February, 2012, leading to more criticism that the hardware-focused company simply couldn't execute on the software side. The device has now been discounted to spur adoption.

In 2011, RIM also fell out of favour with many of the software developers who make third-party apps for smartphones, who drifted toward Apple's and Google's platforms because it made little sense to develop for a fragmented BlackBerry operating system (which runs on multiple devices with various screen sizes and processing power, with different types of keyboards).

In October, a global BlackBerry service outage dented RIM's reputation for security and stability. And then, on top of it all, two executives on a Beijing-bound Air Canada flight got so drunk that they had to be restrained, forcing the plane to land in Vancouver and resulting in fines for each of more than $30,000.

To round out this brutal year, RIM's two top executives then delayed the launch of devices running its QNX operating system until late 2012 after promising it would be early 2012, and ended up making more than one "Worst CEOs of the Year" list. There is also a growing chorus asking pointed questions about corporate governance at the company, where both Roger Martin (dean of the University of Toronto's Rotman School of Management) and Barbara Stymiest (formerly of the Royal Bank of Canada and stock market operator TSX Group) serve on a board where Mr. Balsillie and Mr. Lazaridis are also co-chairmen.

A lot of these simmering problems will bubble over in 2012. RIM's board may take action, or the two CEOs may break out new products sooner than expected. RIM's market share could continue to deteriorate in the U.S., despite a promised advertising blitz, but perhaps it will recover as the company's newest BlackBerrys get renewed marketing attention.

It will also be a year in which cheap Android devices penetrate more developing markets, and it will become clear whether RIM thrived in emerging economies because it has a strong brand or because it had no real smartphone competition there. Regardless of how any of these questions are answered, it will be a make-or-break year for Canada's most iconic technology company – one in which it either emerges from, or falters in, Nortel's shadow. 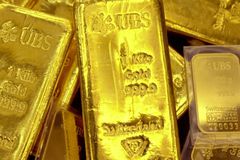 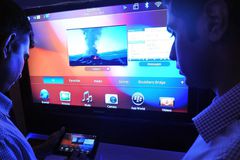 RIM needs to give corporate governance a chance
December 21, 2011