The mood in Brazilian financial circles has been bordering on euphoric. The real is the best-performing currency in the world this year, stocks have soared more than 30 per cent, and bond yields are plunging. All this in a country with unemployment at a four-year high, a ballooning budget deficit, inflation near 10 per cent and a credit rating that puts the government on par with Guatemala.

There's a certain danger, as Alan Greenspan might say, of irrational exuberance here. And behind it all is the glee in Sao Paulo and Rio de Janeiro that the impending impeachment of President Dilma Rousseff will pave the way for a slew of austerity measures and reforms to stabilize the ailing economy. In private conversations with wealthy investors, it becomes clear that the extreme conviction that better times are ahead stems in part from their distaste for the leftist Ms. Rousseff and her Workers Party, a stance that risks underestimating how difficult it will be to pull Brazil out of its worst recession in a century.

"The market priced in that [Vice President Michel] Temer will be able to do everything he needs to fix the economy," said Carlos Thadeu de Freitas, a former central bank director and current chief economist at the National Confederation of Commerce. "It assumes the political world is based on common sense."

The risk of Brazil's political turmoil making a transition anything but smooth was on full display Monday as the head of the lower house called for a new vote on Ms. Rousseff's impeachment, a surprise move that prompted a selloff across local markets. Stocks and the real pared losses later in the day as analysts said the decision won't be enough to save Ms. Rousseff's mandate, but the drama highlights how vulnerable the process is to legal challenges that could keep Latin America's largest economy in limbo for a while longer.

Even aides to Mr. Temer, who will take over for Ms. Rousseff on at least a temporary basis if the Senate votes to proceed with her ouster this week, are now scrambling to damp expectations. The reality is that despite all the optimism, Mr. Temer faces a list of challenges that is growing by the day and won't be easy to fix.

He's nearly as unpopular as Ms. Rousseff, and the corruption probe that rattled her administration is now encroaching on many of his allies. There is little appetite for further belt-tightening among the poor Brazilians already battered by recession or the legislators who depend on their votes, particularly ahead of October's municipal elections.

Initial plans to eliminate a third of government ministries are already being scaled back and tax increases that would help shore up the country's finances have been ruled out for the time being as being too unpopular to push through, according to two of his aides, who asked not to be identified because the discussion aren't public. Even Temer's top adviser, Wellington Moreira Franco, says he'll only be able to make gradual improvements in fiscal accounts and is in no rush to raise the retirement age, an unpopular initiative that economists almost universally embrace as necessary.

The grim reality of the situation serves as a cautionary note for investors who drove Brazilian assets to world-beating gains. Stocks are in a bull market, and the cost of hedging Brazil's sovereign debt against losses as measured by five-year credit default swaps is near the lowest since August. While the real's rally this year is the biggest among about 150 currencies tracked worldwide by Bloomberg, analysts are forecasting it will tumble 9 per cent by the end of the year.

Investors mostly shrug off signs of potential trouble down the line. A fragmented Congress, they say, won't be a problem for a seasoned politician like Mr. Temer.

BNP Paribas changed its outlook on Brazil to positive last week, after years of downbeat assessments, saying Mr. Temer has a "golden opportunity" to engineer an economic turnaround if he manages to put in place a solid economic team and build support in Congress. The economy will grow 2 per cent next year, the bank said – a stark contrast with the consensus forecast among economists surveyed by the central bank for growth of just 0.5 per cent.

Bulls say that Mr. Temer, a 75-year-old constitutional lawyer, has a lot going for him. He is a savvy political operator, espouses investor-friendly policies, and will likely attract a high-profile economic team to his administration.

In an effort to avoid a backlash among voters already pinched by unemployment and falling real wages, Mr. Temer will shy away from belt-tightening measures and instead focus on longer-term actions to gain investor confidence, according to his aides. Initiatives will likely include easing rules on government procurement, granting the private sector a bigger role in the oil industry, and cutting down on waste in public spending.

The problem is that approach takes time to produce results and risks stalling in a fractured Congress.

The announcement of the administration's first measures and ministers "will tend to be market-friendly and help Brazilian assets appreciate," said Joao Pedro Ribeiro, a strategist at Nomura Holdings Inc. in New York. "In a second phase in which reforms face a divided Congress, there will be a shock of reality."

Perhaps the biggest risk for Mr. Temer, and by extension for Brazil bulls, is the potential for further fallout from the two-year probe into kickback schemes at state-run oil producer Petroleo Brasileiro SA that allegedly financed political parties, according to Christopher Garman, the head of country analysis at Eurasia Group, a political consulting company.

At least 43 legislators who are expected to support Mr. Temer are being investigated on corruption allegations by the Supreme Court. Many are members of his own party.

That doesn't bode well for an aggressive economic agenda in Congress and is precisely the type of political risk many investors are underestimating, said Andre Cesar, the founder of consulting company Hold Assessoria Legislativa in Brasilia. He has followed Brazil's politics for more than two decades.

"Temer will be sitting on a jack-in-the-box without knowing when it'll pop," Mr. Cesar said.

Chile lets investors tap into Brazil’s stock rally – without all the risk
May 3, 2016 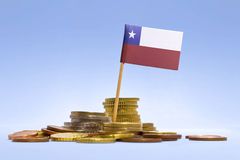 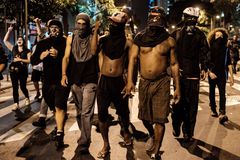 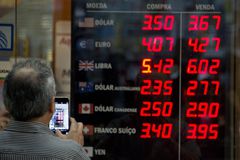