The Fed model, one of the stock-market's most-relied-upon investing tools, isn't working. But try suggesting it's broken, and Cliff Asness takes exception.

"To be broken, it has to be something that once worked."

At its most basic level, the Fed model simply states that when interest rates in the bond market go down, the value of stocks in the equity market should go up, and vice versa.

Mr. Asness, head of investing firm AQR Capital Management, has long been a critic of the Fed model, despite the widespread acceptance and seeming success of the investing strategy over the past several decades. And while some market watchers continue to use the Fed model to argue that a major stock-market rally is inevitable, growing numbers are joining Mr. Asness in questioning whether the model is valid at all.

"The empirical evidence tells us the Fed model has no power to forecast long-term real stock returns," he said.

Proponents of the Fed model look at the stock market's earnings yield (annual earnings per share as a percentage of stock price, an inverted way of expressing the price-to-earnings ratio, the most popular yardstick for stocks' value) relative to bond yields – and when the gap between them widens, it's supposed to imply that stocks look cheap relative to bonds, and are due to rise.

Since the mid-1960s, the Fed model has looked pretty convincing – bond yields and earnings yields have, indeed, moved more or less in tandem. However, the relationship breaks down when you look before 1965 – and it has broken down again in the aftermath of the credit crisis and recession. The past several years have featured both rock-bottom bond yields and stubbornly low price-to-earnings stock valuations, exposing several flaws in the Fed model.

The reason, he believes, is that very low bond yields are reflective of an overriding concern over the economy, which is driving both low interest rates and discouraging investment in stocks. He also noted that real interest rates – that is, after accounting for inflation – are actually negative in many countries, a distinct negative for stock valuations, as they indicate a threat of deflation. In a recent report, Mr. Lapointe wrote that stock multiples typically expand only once "higher but controlled" inflation in the range of 2 to 3 per cent is in place.

Comparing apples and oranges
In fact, Mr. Asness argues, the root of the Fed model's problem is its lack of accounting for inflation. Bond yields reflect inflation expectations, rising and falling along with them. But because both corporate earnings and stock prices adjust with inflation, the relationship between the two – the earnings yield or P/E valuation – is essentially unaffected by inflation. Thus, in extreme and changing inflation environments, the Fed model's relationship between bond yields and stock valuations is unreliable.

Shifting risk
Strategists said the Fed model also doesn't adequately account for shifts in investors' pricing of the relative risks of different asset classes. In the lingering aftermath of the 2008 financial crisis and recession, investors may have incorporated a permanent (or, at least, long-term) upward shift in their assessment of risk in the equity market relative to bonds – and, as a result, have shifted stock valuations lower regardless of bond rates.

"Where we are going, in a slower-growth environment, that has changed investor behaviour," said National Bank Financial chief economist and chief strategist Stéfane Marion.

He added that with growing numbers of investors closing in on retirement, they are more focused on maximizing returns and income – and thus are demanding higher premiums for stocks, which, again, has changed the nature of stock valuations.

However, Mr. Asness noted that once you account for changes in risk premium, the Fed model has actually proven to be pretty good at indicating where stock valuations will go – even if the reasons for doing so are flawed. "People actually do follow the Fed model to set stock values," he said. "That doesn't mean it works."

It doesn't work – mostly
Mr. Asness said over the long term, adhering to the Fed model simply hasn't paid off. When bond yields are at their bottom, stock returns over the subsequent 10 years have consistently been weakest. The reason, again, is the underlying economic condition; when rates are bottoming, the economy is least supportive of higher stock prices.

But perversely, the fact that investors have persisted in using the flawed Fed model as a guide to stock valuations means that over the short term, investors can still make money off it, Mr. Asness acknowledged. "The short term is really about psychology," he said. "If you are trying to predict the short term, you probably are better to use the Fed model."

How demographics are working against stocks
August 17, 2012 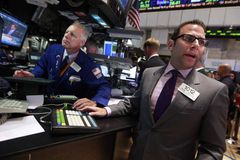 Who’s sitting on all the cash? Corporate Canada
August 3, 2012 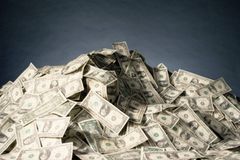 The holy grail of obscure indicators loses its lustre
July 20, 2012