Solar manufacturers are being battered by higher costs and smaller margins, after an unexpected shortage of a critical raw material.

Prices of polysilicon, the main component of photovoltaic cells, spiked as much as 35 percent in the past four months after environmental regulators in China shut down several factories.

That's driving up production costs as panel prices continue to decline, and dragging down earnings for manufacturers in China, the world's biggest supplier. Canadian Solar Inc. and Hanwha Q Cells Co. have already reported steep declines in profit, and other companies will probably be affected as well, including JA Solar Holdings Co., which reports results Wednesday, and JinkoSolar Holding Co., the biggest publicly traded panel producer

"There's just not enough polysilicon in China," said Carter Driscoll, an analyst who covers solar companies for FBR & Co. "If prices don't come down, it will crush margins."

The price spike came after an environmental crackdown in China coincided with an annual lull in polysilicon output, according to Jenny Chase, head solar analyst at Bloomberg New Energy Finance. Refiners in China typically cut back polysilicon production during the summer for routine maintenance. Solar manufactures anticipate the seasonal slowdown, but it was exacerbated this year when China's Ministry of Environmental Protection shut down several plants that make metallurgical silicon, a partially refined polysilicon that other companies further purify for use in solar cells.

The two events led to a polysilicon shortage that drove prices in China from $14 to $19 a kilogram over the past four months, according to Guelph, Ont.-based Canadian Solar, which has most of its manufacturing in China.

"We didn't expect the polysilicon price to go so high inside China and nobody expected it," Chief Executive Shawn Qu said on a Nov. 9 call with analysts. The second-biggest solar company's gross margin slumped to 17.5 percent in the third quarter, from 24.2 percent in the second quarter, and its net income was less than half what analysts were expecting.

"The elevated polysilicon prices will be a challenge for the group in China," said Jeffrey Osborne, an analyst at Cowen & Co. "What happens next year is unclear given demand dynamics early in the year relative to the pace of additional supply coming online in China."

Polysilicon is semiconducting material that's refined from quartzite, a dense rock created when sandstone is crushed between tectonic plates. China-based companies including GCL-Poly Energy Holdings Ltd. and Xinte Energy Co. bake the material in giant ovens and treat it with chemicals until it condenses into ingots of near-pure polysilicon. Those ingots are sliced into wafers using diamond-edged saws, and then cut into squares to make solar cells that transform sunlight into electricity.

Third-quarter net income at Hanwha fell 88 per cent from a year earlier to $5-million, in part because of "downward pressure on gross margin, caused primarily by increasing wafer prices," the South Korea-based company said Nov. 10.

JA Solar declined to discuss the issue until after its third-quarter results are released this week. JinkoSolar, which has not set a date to issue its results, didn't respond to requests for comment.

Polysilicon prices vary by region. A Bloomberg New Energy Finance index of average global spot prices shows polysilicon climbed to $15.80 a kilogram in October, the highest since July 2016. That's well below the record set in 2008, when the solar industry first began to boom and prices spiked to $475 a kilogram.

Solar companies' exposure to prices will vary, in part depending on the length of their supply contracts. Canadian Solar, for instance, had access to a limited supply of low-priced polysilicon during the third quarter, thanks to contracts signed at the end of June. That's no longer the case.

"I think in long term, things will balance but we don't have direct control on those raw materials, unfortunately," Qu said. "I hope this is as high as it can go." 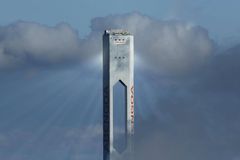 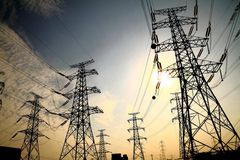 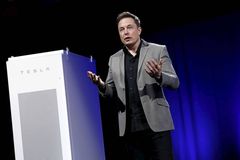