The threat of rising interest rates has some investors nervous about the performance of real estate investment trusts, but analysts and fund managers believe the sector may be oversold and see some bargains.

The Canadian REIT sector returned about 8 per cent in 2014, as of mid-December. Analysts say REITs should have done better since interest rates didn't rise as expected around this time last year. In fact, the longer-term Canadian bond yields they're often tied to fell in 2014.

REITs are sensitive to higher interest rates because it means they pay more in borrowing costs, which can have a negative impact on their free cash flow and net-asset value.

Mr. Avery recently crunched some numbers showing that rising interest rates will have a minor impact on REITs. He also expects the rich distributions that lure many investors would be sustainable.

"Even if interest rates go up a lot, REITs will probably still deliver positive FFO growth," Mr. Avery says, referring to funds from operations, a key measure of financial performance for REITs.

That doesn't mean investors won't overreact once interest rates do rise. Mr. Avery says the sector could see a price correction similar to what happened in mid-2013, driven by higher bond yields.

That could present a buying opportunity, but Mr. Avery says investors with 12- to 18-month or longer time horizons should feel comfortable getting in now.

Lower oil prices have already taken a chunk out of REITs that have significant exposure to Western Canada such as Boardwalk REIT and Northern Property REIT.

Avenue Investment Management partner and portfolio manager Paul Gardner says his firm recently bought more of Boardwalk and is looking at other names with properties out west that it believes may have been oversold, especially if oil prices bounce back.

"It's on sale," Mr. Gardner says. "I think it's a good investment at this point in time."

Analysts at Dundee Capital Markets say lower oil prices will help lower utility costs for multifamily residential property owners, and recommend investors look at names such Canadian Apartment Properties REIT and InterRent REIT, both of which also have little or no exposure to the Alberta market.

They also say the current drop in oil won't have the same impact on the overall sector as it did during the global financial crisis, when credit was harder to come by.

"This is not 2008," the analysts said in a recent note. "In 2008 credit markets were frozen and banks were unwilling to lend. In 2014, credit, the lifeblood of a REIT, is abundant and cheap."

Kevin Hall, portfolio manager and managing director at Guardian Capital, expects REITs to return in the 5-to-10-per-cent range in 2015. That takes into consideration the potential that interest rates will begin to creep up in the coming months.

Guardian is keeping and buying more of REITs it thinks will increase in value, including Boardwalk, which it believes has been oversold. It also likes Chartwell Retirement Residences in part for its exposure to the fast-growing U.S. economy.

BMO Nesbitt Burns analyst Heather Kirk expects industrial REITs to perform well in 2015, likely getting a boost from a pickup in the manufacturing industry driven by the lower oil prices and a drop in the Canadian dollar.

She's cautious on the office-space sector, citing concerns about overbuilding in many markets.

Over all, Ms. Kirk says valuations across the sector are getting "interesting" for investors.

"Nobody likes to see the sector go down, but it does create better entry points," she says. "We are in the camp of being more patient until the dust settles, but certainly it has created better buying opportunities in some high-quality names." 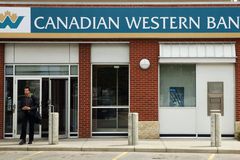 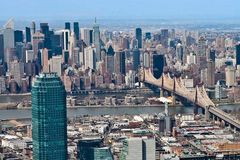 What to expect from REITs this earnings season
November 3, 2014
Follow Brenda Bouw on Twitter @BrendaBouw
Report an error Editorial code of conduct