There's a notion in Silicon Valley that tech start-ups are better off staying private as long as possible. Why should visionary founders answer to impatient public investors? Better to keep tapping those ample private funds under the tutelage of a forgiving board.

It looks like Daniel Ek, founder of music streamer Spotify AB, may be tempted. Techcrunch says Spotify is considering delaying its IPO, expected this year, to 2018. The extra time would help the fast-growing but money-losing business improve its margins, the publication wrote last week.

If true, this doesn't bode well.

First off, Spotify raised $1-billion (U.S.) in convertible debt a year ago from private equity funds TPG Capital LP/US and Dragoneer Investment Group LLC, among others. It came with strict terms linked to the IPO timing, setting a stopwatch on a listing and offering the funds a sweet deal.

In the first year the debt carried a 5-per-cent interest rate, so Spotify has a $50-million interest bill coming. The coupon then increases one percentage point every six months until IPO, up to a 10-per-cent limit. So Spotify would owe another $65-million if it waited another 12 months. This isn't chump change. To put it in context, Spotify's R&D budget was €143-million ($153-million) in 2015.

Plus the longer Spotify waits to IPO, the more shares it must accord to TPG and Dragoneer at listing. The creditors would've been able to convert their debt into equity at a 20-per-cent discount to the IPO price had Spotify listed in year one. That discount will now increase by 2.5 percentage points every six months.

Of course, if Spotify's enterprise value outpaces what it's paying out in interest and extra equity, then a delay could be manageable. But it would have a cost.

So why wait? There may be concerns about whether public investors will look kindly on a unicorn that hasn't shown a path to profit – though the mood will change if Snap Inc. manages to snag a monster IPO valuation.

More likely, the potential delay is linked to Spotify's failure to finalize new licensing deals with the big record labels. Talks have been going on for more than a year.

Spotify can't go public if it hasn't sorted out contracts with Vivendi SA's Universal Music Group, Warner Music and Sony Corp., which control 80 per cent of recorded music. Imagine the prospectus risk section: "One of our content suppliers could cut us off at any moment."

This is the big weakness of streaming companies, especially those without the deep pockets of Apple Inc. or Amazon.com Inc. Their profits are constrained by huge licensing costs. Spotify's cost of revenue has been 81 per cent to 83 per cent over the past three years, largely because of these fees. Despite a 70-per-cent increase in revenue in 2015, its net loss was €173-million.

There are only a few ways to fix this. The obvious one is a better deal from the labels, which is why any sign of hold-ups is troubling. Spotify supposedly now pays a royalty rate to labels of 55 per cent of its sales and would like to pay less. It could spend less on R&D, marketing and infrastructure, but that's not ideal for a wannabe tech giant.

That's especially true if it wants to diversify and expand, another way out of the license fee trap. As I've explored before, Spotify could use its brand to rival the record labels by making its own content, as Netflix does with TV. It could profitably mine the masses of data it has on user tastes.

In fact, this "Spotify has so much potential" message is what emboldens its boosters when they tell you how profitable it will be one day. But building that future version of Spotify is going to take years given the labels' oligopolistic stranglehold. In the meantime, Mr. Ek would benefit from the discipline of going public. He really needs to reach an accommodation for now and just get on with it. 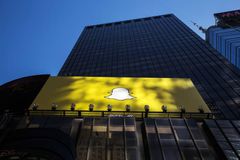