As The Globe and Mail's My One and Only stock-picking contest nears the home stretch, a little-known U.S. energy play has taken a commanding lead.

David Sherlock, a portfolio manager with Calgary-based McLean & Partners Wealth Management Ltd., has pulled away from the pack with his pick, Texas oil refiner HollyFrontier Corp. A rising regular dividend, four special dividends and share buybacks have given its stock a big boost for the first 10 months of this year. Including payouts, it has posted a stellar 73.7-per-cent gain in Canadian dollars.

This New York-listed bet has also trounced the 6.5-per-cent return for the S&P/TSX composite index, including reinvested dividends. HollyFrontier ended Oct. 31 at $38.63 (U.S.) a share – slightly off his target of $39. Its gain would have been even greater had its stock not slid from a 52-week closing high of $41.97 a share in September.

Winning the contest is now looking like "a done deal," quipped Mr. Sherlock in an interview.

"I think [HollyFrontier] is fairly valued" in the $39 range, but its shares could still move higher, he said. "Americans are just as thirsty for yield as Canadians, if not more, so the stock will do well on that yield. I can see it at $43 a share based on its fundamentals. ... If it hit $43, I would be more than pleased, and be on my way."

Thirteen investment professionals are taking part in this year's contest. Participants were asked at the end of 2011 to choose one North American-listed stock, income trust, American depositary receipt or exchange-traded fund for 2012. The returns will be tallied at the end of the year in Canadian dollars to determine the winner.

The minimum market capitalization for Canadian securities was $100-million, and for U.S. picks it was $1-billion (U.S.).

For contest observers, it's entertaining to watch where this year-long commitment to a single pick will take some of the best investing minds in the country. The prize? Eternal bragging rights.

All the picks, except for two names, have managed to beat the Canadian market, which is dominated by resource and financial stocks. Only those who bet on Research In Motion Ltd., maker of the BlackBerry, or newspaper publisher Glacier Media Inc. are still in the red.

Mr. Sherlock, who has had a personal investment in HollyFrontier since December through the options market, discovered the name when his firm was screening for cheap stocks of companies with characteristics such as high return on equity, growing free cash flow and likelihood of increasing dividends.

The search turned up some oil refiners in the central United States that are enjoying fat margins thanks to easy access to cheaper West Texas Intermediate (WTI) oil. There has been an oil glut at the storage hub in Cushing, Okla., because the existing pipeline infrastructure has not been able to keep pace with the inland crude gushing from shale reserves in Texas and North Dakota. Refiners like HollyFrontier, which has operations in Kansas, Utah, Wyoming and Oklahoma, have an advantage over their eastern and Texas Gulf Coast peers, which have been stuck paying for costlier North Sea Brent crude.

"It was worth taking the currency risk," and valuations were very compelling, Mr. Sherlock recalled. But he also sees risk in HollyFrontier because future earnings could decline as more pipeline projects come onstream to push crude to the Gulf Coast, and narrow the spread between WTI and Brent prices.

Other contestants are also doing well. Benj Gallander, president of the Toronto-based Contra the Heard investment newsletter, says he picked ATS Automation Tooling Systems as a turnaround play on the heels of its French solar unit filing for bankruptcy. ATS stock ended October in second place with a gain of 44.2 per cent. Magna International Inc., the pick of Toronto-based financial author Gail Bebee, was third with a 33-per-cent return.

Shares of European financial services giant ING Groep NV, the choice of analyst Brian Pinchuk at Montreal-based Lorne Steinberg Wealth Management Inc., have gained 21.5 per cent after struggling through midyear on concerns over the euro-zone debt crisis. "ING has also been able to sell several of its assets at attractive prices, and a modest rebound in earnings has pushed the stock up," he said.

However, a contrarian bet on beleaguered RIM hasn't yet produced results for Malvin Spooner, president of Sienna Capital Management Inc., and Steven Palmer, president of AlphaNorth Asset Management Ltd. The stock has suffered a 46.8-per-cent haircut. "I think a takeover is more likely than a huge turnaround now," Mr. Spooner said. "For RIM, the negatives notwithstanding, the value of their franchise and their patents does help support the stock." 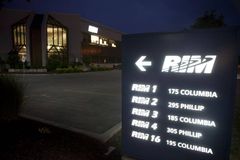 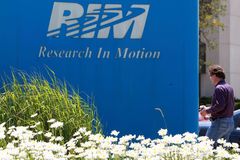 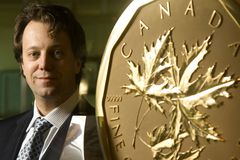