That inevitable stock market correction that never seems to arrive is already occurring, in a way.

While major North American indexes are near all-time highs, in some cases the average stock within the index is already in a bear market.

"It's already happening," said Dennis Mark, a technical analyst at National Bank Financial. "By the time the actual index starts to show weakness, half of the stocks have already bled to death."

The divergence between the rise of the index and the decline of the average stock – what some are calling a "stealth correction" – is already well known to chart watchers.

For the past two or three months, what is known as market breadth, or the number of stocks that are advancing versus those declining, has been falling.

On the surface, everything seems fine. The S&P 500 index hit a record high on Tuesday, while the S&P/TSX composite index missed setting a record high by a mere 2 per cent in early May.

But the number of stocks fuelling the bull market is declining. As of Friday, the average stock on the S&P 500 was down by about 10 per cent from its 52-week high. The average TSX stock was off by 12 per cent. And the Nasdaq composite index showed a whopping 27-per-cent average decline.

"That's a bear market," said J.C. O'Hara, chief market technician at FBN Securities in New York. "I'm not saying to sell your portfolio. But chances are your stocks have done pretty well. It's never a bad idea to take some profits."

Investors are not yet seeing signs of a correction in broad market benchmarks because large-cap stocks have done so well lately, masking weakness among small- and mid-caps.

"We've seen a complete shift toward the larger caps, to the blue chips of all blue chips," said Sid Mokhtari, a technical analyst at CIBC World Markets.

Consider Apple Inc. The shares of the world's largest company by market cap, at $515-billion (U.S.), have increased by 37 per cent over the past year. So even though the average stock in the Nasdaq benchmark is down by more than one-quarter, the index itself is only 6 per cent off its recent peak.

Until now, this bull market, which is in its sixth year, has been characterized by broad participation of a high number of rising stocks.

Historically, the kind of large-cap outperformance that has emerged so far this year is characteristic of market tops, Mr. O'Hara said.

That doesn't necessarily mean that stocks are going to peak, or have already. But corrections have typically been preceded by declining market breadth, he explained. "There will come a point when the large-cap stocks won't be able to continue to support the underlying constituents. It's only a matter of time before the market rolls over."

This kind of stock market behaviour has implications for individual investors. First, it's harder to make money. "It will be much tougher for diversified portfolios to outperform in this environment," Mr. Mark said.

This is a stock picker's market, and the trends favour large caps being the top picks.

Institutional investors are already rotating out of riskier growth stocks and into larger, safer companies, Mr. O'Hara said. "Those should hold up a little better than the average stock if the market does turn over. Large cap is not a bad place to hide out."

Investors may also want to reconsider treating every market pullback as a buying opportunity. "There will be a point when a buy-the-dip strategy is no longer going to work," Mr. Mokhtari said.

He suggests a rotation to sectors that tend to outperform in mid to later stages of a bull market, like industrials, transportation and energy.

Time to take profits as auto parts sector shifts into lower gear
May 11, 2014 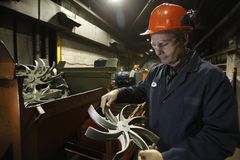 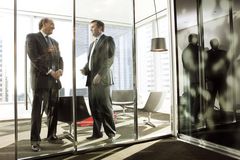 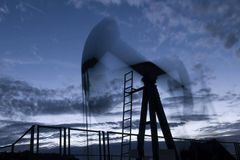