About three months ago, I added shares of SolarCity Corp. to my Strategy Lab portfolio.

I like the disruptive nature of the solar power industry, and I like SolarCity's dominant market-share position in the United States. I also like the company's ability to beat most competitors on cost because of their vertically integrated business model. When I bought the stock for my model portfolio, I appreciated how the share price had declined from recent highs over $70 (U.S.) to about $55.

In the last few weeks, the story has become more interesting.

The cost of installing a rooftop solar system is dropping significantly. A recent report published by the North Carolina Clean Energy Technology Center concludes that a fully financed solar system is actually cheaper than grid power in 42 of the 50 largest U.S. cities, and investing in such a system is superior to investing in the stock market. What a fascinating conclusion!

It should come as no surprise that some utilities are worried. The latest evidence? Salt River Project (SRP), a utility in Arizona, just implemented a $50-a-month surcharge for customers connected to the grid who also generate their own power. Obviously, this hurts the business case for installing solar panels on one's roof. It hurts so much that SolarCity claims applications for rooftop solar have dropped by 96 per cent in this service area of Arizona since the effective date of SRP's new solar tax.

SolarCity's stock has declined slightly since the SPR's board approved the new pricing plan. This action represents one major roadblock from one small utility in a country where there are hundreds of such utilities. On its own, this is unlikely to affect SolarCity's revenue growth. But what if other utilities followed in SPR's footsteps? That could be a disaster for the entire solar industry. Demand would plummet and companies such as SolarCity might not be able to survive.

That worst-case scenario, one hopes, will not unfold. I think it makes sense to assume at least one electric utility, with monopoly power, would attempt to implement actions that some feel violate antitrust laws. In fact, SolarCity has already taken this matter to court to make exactly these claims against Arizona's SRP.

It's entirely logical that these business roadblocks would put pressure on SolarCity's stock price in the short term. But, as a long-term investor, I always consider the bigger picture.

Does this action in any way change how quickly solar power is dropping in price? No, I don't think it does. We're still on a path to where solar power will probably be significantly cheaper than grid power in the next decade.

Interestingly, SRP's actions may even speed things up through better consumer awareness.

Imagine how many people in Arizona feel that SRP is trying to stick it to them. Could this serve as an emotional catalyst that pushes customers to cut off their ties from the grid altogether by combining solar power with battery storage? I suspect this will happen in a number of cases, especially in sunny Arizona. This could lead to growing awareness of the economic benefits of solar-battery systems over the next decade. I imagine this would help SolarCity and Tesla Motors, which, it just so happens, is building the largest battery factory in the world just outside of Reno, Nev. That factory is expected to supply battery packs for electric cars and residential or commercial power storage.

Traditional utilities are threatened by cheap rooftop solar power. It isn't surprising to see some of them taking defensive measures. This is a good sign that disruption is really happening. I love to invest in market-share leading companies who are driving huge disruption. It doesn't bother me to see SolarCity's stock down a few bucks from where I bought in, just as it didn't bother me to watch Apple drop from $97 (when Strategy Lab launched in September, 2012) to below $60 a few months later. I'm never going to be able to predict short-term stock price movements, so I won't bother spending much time thinking about them. The four tech stocks to buy and hold for the long haul
Subscriber content
February 25, 2015 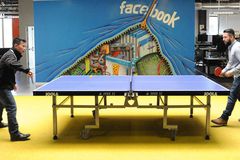 Beyond quarterly results: How Netflix plans to take over the world
Subscriber content
January 28, 2015 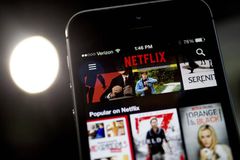