Looking for a dividend stock that will make you smile? Toothpaste giant Colgate-Palmolive Co. has been whitening and brightening portfolios for decades.

Over the past 20 years, the maker of oral care products, dish soap, deodorant and pet food has posted a total return, including reinvested dividends, of 12.8 per cent annually. That handily beats the 8.2-per-cent annual total return for the S&P 500 over the same period.

Past performance is no guarantee of future results, of course. And Colgate's stock isn't cheap: It trades at a multiple of 22.6 times 2012 earnings (excluding one-time items). But for long-term dividend investors, the global consumer products maker still has a lot going for it.

1. It's a dividend machine

The New York-based company has been paying dividends uninterrupted since 1895, and it has raised its dividend in each of the past 50 years. That includes a 10-per-cent hike in March when the company also announced a two-for-one stock split, effective May 15. Stock splits by themselves don't add any value, but they often signal that a company is performing well. Likewise, dividend increases are a sign of confidence.

Colgate's dividend payout ratio is a comfortable 47 per cent of earnings, and the company spins out ample cash to reinvest in its operations and pay dividends. The yield of 2.2 per cent isn't huge, but "given Colgate's stable cash flow, we expect the dividend to continually increase over time," said Jack Russo, an analyst with Edward Jones. He expects the dividend to grow at about 7 per cent annually over the next five years.

2. It's a play on emerging markets

Colgate generates nearly 80 per cent of its revenue outside the United States, and about 50 per cent from emerging markets. That's a good thing because penetration of oral care products is much lower in developing countries, which means the long-term growth opportunities there are higher.

"For example, per capita consumption of toothpaste in the U.S. is about 550 grams per year. In China, this figure is about 250 grams and in India it is about 125 grams," Stephen Boland, an analyst with Odlum Brown, said in a report. "Colgate is very deeply entrenched in many of the key emerging markets thanks to its early global expansion and its strong market share position."

3. Its balance sheet is solid

Standard & Poor's rates Colgate's debt at double-A-minus, or "very strong," and the company can easily cover its interest obligations, Mr. Russo said. What's more, profit margins have grown over the past 20 years as Colgate cut costs and reinvested the savings to increase sales and market share. Mr. Russo expects sales to increase by about 5 per cent annually over the next five years, with earnings per share climbing by about 9 per cent.

4. Its brands are strong

Colgate controls about 45 per cent of the global toothpaste market and sells about one out of every three manual toothbrushes, but there's more to the company than teeth. Its stable of well-known brands includes Speed Stick, Irish Spring, Palmolive, Softsoap, Fleecy, Ajax and Science Diet. Strong brands give the company pricing power, and the focus on consumer staples makes the stock a defensive holding during economic downturns. With annual sales of more than $17-billion (U.S.) and a presence in about 200 countries, it also provides excellent geographic diversification.

Colgate, which is scheduled to release first-quarter results on Thursday, has matched analyst estimates in six of the past eight quarters, and exceeded estimates twice. For the first quarter, analysts expect earnings of $1.32 a share, up from $1.24 a year earlier. The predictability of quarterly earnings provides some comfort to investors.

That said, Colgate isn't a slam dunk. It faces risks including currency fluctuations, rising input costs and competition from Procter & Gamble, Unilever and others.

Perhaps the biggest concern is the stock's valuation. Colgate's P/E multiple has been climbing steadily over the past few years and, at 22.6, is higher than its 10-year average of 20.2. The rich valuation explains why most analysts rate the stock a "hold." The danger with high P/E stocks is that, if growth slows or results disappoint, the shares could get hammered.

Patient investors could wait for such an opportunity before jumping in. Then again, given Colgate's track record, the stock could continue rising from current levels. That would certainly make shareholders smile.

Beware the juicy yields of covered call ETFs
May 11, 2018 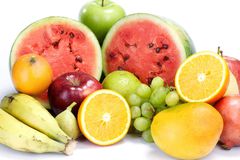 Reitmans: From dividend darling to fashion victim
May 11, 2018 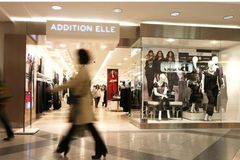 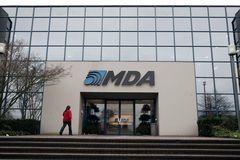 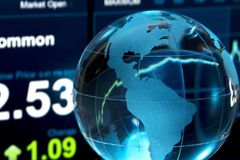