When Pat McHugh is trying to sell clients on the benefits of dividend growth investing, he likes to point to the example of Toronto-Dominion Bank.

"It's really simple," says Mr. McHugh, chief investment strategist at Windsor, Ont.-based wealth management firm Kaspardlov Laverty and Associates. "We want to buy companies that can grow their dividends in a predictable manner."

TD, one of the 12 stocks in the firm's Predictable Dividend Growth (PDG) portfolio, is a classic example. Over the past 30 years, the company has raised its dividend at an annualized rate of 10.5 per cent. The past three years have been even better, with an annualized dividend growth rate of 12.2 per cent.

With interest rates at historic lows and many companies phasing out defined benefit pension plans, Mr. McHugh argues that a portfolio of dividend-growing stocks can provide a relatively safe and predictable stream of cash to supplement other sources of income in retirement.

Dividend increases are important not just for the growing amount of cash they put in your pocket, but because they send a strong signal of confidence in the company's future, Mr. McHugh says.

"No board wants to increase its dividend and then discover that, 'Oh shoot, we shouldn't have done that' and they have to pull it, or find that it's affecting other metrics … like the degree to which they can reinvest earnings," he says.

Of all the measures he looks at, perhaps the most important is return on equity.

A high return on equity "tells me a lot of things – that the company has very good cost controls, that they've got very good pricing models on their products, and that they probably really focus their operations on the long term and don't pay much attention to the quarterly zigs and zags," he says.

Here is a sample of other stocks in the PDG portfolio. Remember to do your own research before buying any security to make sure it matches your risk tolerance, investing goals and time horizon. Also remember that all stocks – even those with rising dividends – come with risks.

Canadian Western Bank may have a modest yield, but in recent years its dividend has grown at a faster clip than any of the Big Five. If you plot the dividend on a graph, "it looks like a ladder leaning against a brick wall," says Mr. McHugh, who sees more increases ahead. "Obviously they are western-based and that's the part of Canada where the long-term growth potential exists."

Canadian Utilities' energy infrastructure assets – including gas and electric utilities, pipelines and power generation plants – throw off predictable and growing cash flows, which has allowed the company to raise its dividend every January (and sometimes more often) for more than 20 years. "It's just a cash machine," Mr. McHugh says. Rising interest rates pose a potential threat to utility stocks, but a growing dividend can help to cushion the blow.

Telus doesn't just raise its dividend regularly – it tells investors ahead of time when it's going to do so and by how much. In May, 2013, it pledged to hike its payment twice a year through 2016 – in May and November – at an annual rate of about 10 per cent. So far, the hikes have come right on schedule but have been bigger than the company had originally pegged them. Government intervention in the wireless sector poses a risk, but Mr. McHugh believes Telus has a secure future. 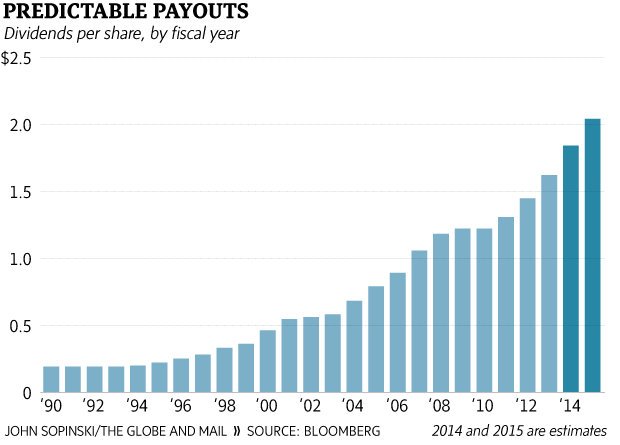 Why I’m buying more of this pipeline stock
September 9, 2014 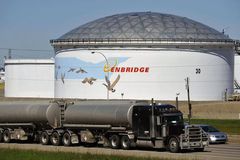 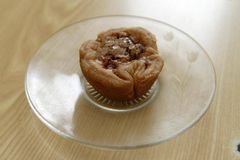 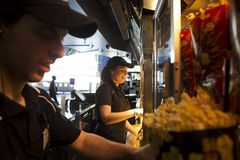 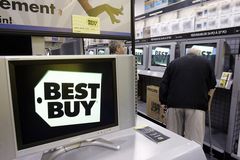