The recent spike in bond yields has clobbered interest-sensitive stocks, and no sector has felt the pain more than real estate investment trusts (REIT).

Since May 1, shares of RioCan Real Estate Investment Trust – the country's largest REIT, with 340 retail properties in Canada and the United States – have plunged about 15 per cent. The yield, which moves in the opposite direction to the price, has risen to 5.6 per cent from less than 4.8 per cent just 10 weeks ago.

Time to panic? Hardly. If you believe in buying good companies when their shares are on sale, Toronto-based RioCan may be worth a look. Here are six reasons I like the stock (which I own personally). Remember to do your own due diligence before investing in any security to make sure it matches your investing goals and risk tolerance.

The distribution is growing …

RioCan went through a long dry spell – four years and three months, to be exact – when its monthly distribution didn't budge. That changed late in 2012, however, when the company announced a 2.2-per-cent increase. While the hike itself wasn't huge, it sends a strong signal of confidence from the board and management. RioCan has said its goal is continue raising the distribution by 2 to 3 per cent annually.

… and it's covered by rising cash flow

For a time, RioCan was distributing more cash than it generated. But as the company has grown through property acquisitions and developments, that's no longer the case. In the first quarter, the payout ratio fell to 95 per cent of adjusted funds from operations (AFFO), which is a real estate industry measure of profit. On the first-quarter conference call in May, chief executive Edward Sonshine said RioCan aims to bring its AFFO payout ratio down to less than 90 per cent, "which, quite frankly, should not be all that long."

The bad news is baked in

While a continued rise in interest rates would be a headwind for all REITs, the shares have already discounted at least some of the bad news. In a recent note in which he upgraded RioCan to "outperform" from "sector perform," RBC Dominion Securities analyst Neil Downey pointed out that RioCan's shares are trading at the company's net asset value (NAV) – essentially the market value of its buildings minus debt – "which does not occur often." The last time was in 2009, around the time stocks hit bottom during the credit crisis.

RioCan stands to benefit from the arrival of U.S. retailers, such as Target, and increasing urbanization of Canada's population, both of which play to RioCan's strength in Canada's largest cities. What's more, the company's largest tenants by revenue include retail stalwarts such as Wal-Mart, Canadian Tire, Famous Players/Cineplex, Shoppers Drug Mart, Loblaws, No Frills and Metro.

Even though bond yields have risen – the 10-year Government of Canada yield has jumped about 0.8 percentage points since early May – interest rates remain at historically low levels. As such, REITs with maturing debt are still able to refinance at lower rates than they were paying before, said CIBC World Markets analysts, including Alex Avery, in a note. Moreover, while a sharp increase in bond yields would be bad news for REITs, "dramatically higher interest rates [are] unlikely in the short term and even the medium term" given high governement debt, low inflation and slow economic growth, among other factors, the analysts said.

Investors may have overreacted

The REIT selloff has been "one of the largest sudden corrections of the past decade," the CIBC analysts wrote. But the drop – which sliced about 14 per cent from the S&P/TSX REIT Index – appears to be driven by fears of sharply higher interest rates that may not materialize any time soon. As a result, "we recommend investors take advantage of the recent pull-back to acquire discounted REIT units," the analysts said.

RioCan is a strong company with a growing distribution, solid balance sheet and secure place in Canada's retail landscape. While it's not immune to rising rates, at least some of the bad news is already reflected in the share price and the 5.6-per-cent yield is attractive. 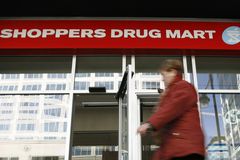 Searching for high yields in a down market 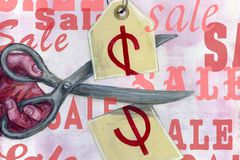 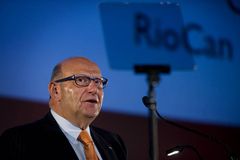 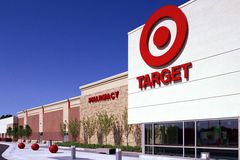 RBC upgrades RioCan, sees rare chance to buy the REIT on the cheap 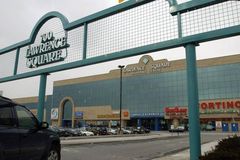 Stock to watch: Riocan REIT may be going for a bargain 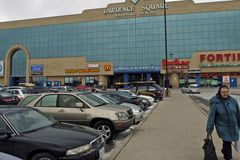