Telecom stocks are prized for their juicy dividends, and Bell Aliant's nearly 7-per-cent yield is the juiciest of them all.

But is it safe?

When a yield gets that high, there's usually a reason, and in Bell Aliant's case there are a few. Today, in response to some reader e-mails, we'll explore the challenges – and opportunities – facing the company, so that investors tempted by the outsized yield know what they're getting into.

Unlike BCE, Telus and Rogers, however, Bell Aliant has very limited wireless exposure: It operates wireless networks in Quebec and Northern Ontario, but elsewhere it serves as a reseller for Bell Mobility (whose parent BCE owns about 43 per cent of Bell Aliant). That's a strike against the company, given that wireless revenues are a key driver of growth in the communications sector.

Lacking a major wireless presence, Bell Aliant is focused on rolling out FibreOP, a high-speed fibre-optic network for voice, Internet and TV services. This is an expensive proposition, but it's also Bell Aliant's best hope for generating much-needed growth as its legacy land-line business declines.

The results so far have been encouraging.

Of the homes that can access the service, about 19 per cent have signed up for Internet and 17 per cent for TV, with substantial numbers getting both, said Dvai Ghose, an analyst with Canaccord Genuity.

TV is a low-margin product because revenue is shared with programmers, but Bell Aliant is using TV to attract customers to its higher-margin Internet service – a strategy that bodes well for the long term.

"The Internet pipe is the only important pipe of the future, because your voice, video and data will all be on that pipe," said Mr. Ghose, who adds that Bell Aliant's fibre rollout has been the most aggressive of any company in Canada.

For its part, Bell Aliant sees plenty of opportunity to add more customers in existing FibreOP territories. "Some of our most mature FibreOP markets are approaching penetration rates in the high 30-per-cent ranges. So we have lots of room to increase our penetration numbers in the footprint we already have available and, as we build more footprint, that will give us even more loading opportunity," Bell Aliant CEO Karen Sheriff said on the first-quarter conference call in May.

FibreOP is already bearing fruit. In the first quarter, Bell Aliant's total revenue rose 0.3 per cent – the best performance since the second quarter of 2008. Helped by cost controls, earnings before interest, taxes, depreciation and amortization (EBITDA) rose 0.7 per cent excluding a one-time regulatory charge – also the best showing in years.

That's not to say Bell Aliant has smooth sailing ahead.

However, the company has options to avoid a dividend cut, he said. These include slightly increasing debt levels or slowing the fibre-to-the-home expansion to free up more cash.

Another option is for the company to offer a discount on its dividend reinvestment plan to entice more investors to enroll, Neeraj Monga, an analyst with Veritas Investment Research, said in a note. That would help the company conserve cash because more investors would be getting paid in shares instead.

"In our opinion, a dividend cut would be the absolute last resort after other cash management initiatives are implemented," wrote Mr. Monga, who views the dividend as "safe for at least the next 18 to 24 months" and has a "buy" rating on the shares.

Ms. Sheriff said on the call that the company is "not at all concerned about our dividend," even though some U.S. hedge funds have reportedly shorted the stock based, in part, on expectations of a potential dividend cut in 2014.

Of the 15 analysts who follow the company, four have "buy" recommendations, with nine "holds" and two "sells." The average target price is $26.83 – below Tuesday's close of $27.45 – indicating that many analysts feel the shares are fully valued or slightly overvalued.

Mr. Ghose, who has a "hold" rating, said he's cautious because the stock could pull back if interest rates rise. He would be more interested at $25, because there would be a greater chance for capital gains. Bell Aliant will have to demonstrate "significant and sustained EBITDA growth before we see significant stock price appreciation," he said.

But there's another wild card to consider: BCE could make a bid to take Bell Aliant private. There's long been speculation about such a deal, and "it's definitely a possibility under the right conditions," Mr. Ghose said. 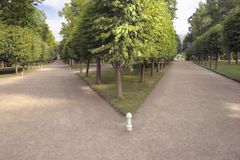 Telus's payout predictability sends a strong signal of confidence
May 21, 2013 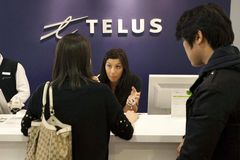 Five reasons the dividend rally has (very long) legs
April 30, 2013
Follow John Heinzl on Twitter @johnheinzl
Report an error Editorial code of conduct
Due to technical reasons, we have temporarily removed commenting from our articles. We hope to have this fixed soon. Thank you for your patience. If you are looking to give feedback on our new site, please send it along to feedback@globeandmail.com. If you want to write a letter to the editor, please forward to letters@globeandmail.com.
Comments