You won't find a bigger fan of dividends than Daniel Peris.

In his 2011 book, The Strategic Dividend Investor: Why Slow and Steady Wins the Race, the senior portfolio manager with Federated Investors in Pittsburgh argued that dividends have accounted for the vast majority of the stock market's total return over long periods.

As such, he believes that investors should stop "playing the market" by trying to flip stocks for a profit, and instead treat the market as a mechanism for acquiring long-term stakes in good businesses. By thinking like an owner, and not a speculator, investors can build wealth while freeing themselves from the day-to-day noise of what Mr. Peris dubs "Trader Nation."

We caught up with Mr. Peris to discuss his new book, The Dividend Imperative: How Dividends Can Narrow the Gap Between Main Street and Wall Street, which is scheduled for release in March. The book is a rallying cry for cash-rich U.S. companies to boost their dividend payout ratios – a message any dividend lover will certainly appreciate.

You show that dividend payout ratios – dividends as a percentage of profits – for S&P 500 companies have fallen to 30 per cent, on average, from 50 per cent three decades ago. Why?

There are a lot of reasons. The one that I highlight is the relentless decline in interest rates. A lower interest rate allows companies to get away with offering a lower yield and still attract capital.

And that's a problem because …?

By taking their dividend payout ratios so low over the past three decades they have made investing in their companies to be a speculative endeavour rather than to be a business investment.

To make money, you have to hope to sell the stock for a profit. People no longer view themselves as stakeholders in businesses they use on an everyday basis, but instead as speculators in the stock.

As payout ratios have fallen, companies have been spending huge amounts of cash buying back their own shares. You're not a fan of share repurchase plans. Why not?

But when companies buy back their own stock, aren't they "returning cash to shareholders," as they're fond of saying?

No. I think that is a linguistic felony, and it is one of many that the financial services industry has inflicted on the investing public. They are not returning money to shareholders, they are playing the market. And they're actually quite bad at it because they buy at the peak when things are going well and they have a lot of cash, and then they have to issue shares at the trough when things are tight and they need more money.

If buybacks don't work, why are they so popular?

A lot of executives over the past several decades were paid with options. Options are almost completely opposite to dividends in terms of intentionality and effect. If you think about it, when a stock goes ex-dividend the share price drops. Well, if you have options you want share prices to go up, so senior executives have little incentive to support higher dividends. They think stock buybacks will push the price higher, but as I've said, share repurchases don't get the stock up.

You're also critical of companies that spend money on game-changing acquisitions. Why?

Large-scale mergers and acquisitions generally do not work. Empire-building is not the way to maximize total returns.

You've said that your first book was aimed primarily at investors, whereas the second book is also addressed to CEOs, CFOs, treasurers and boards. What is your message to the boards who, after all, are supposed to look out for the interests of shareholders?

You guys are falling down on the job here. Are you aware that over the last 30 years the dividend payout ratio has gone down and your companies are no better off for that? It's time for you to step up and raise the payout ratio.

So you'd like to see the dividend payout ratio go back to 50 per cent?

At least. In the United States payout ratios were north of 50 per cent in the mid-20th century.

Is there anything small investors can do to encourage companies to pay higher dividends? 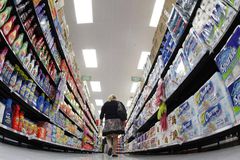