Chris Umiastowski
Special to The Globe and Mail
Published February 9, 2015 Updated May 12, 2018
For Subscribers

I first wrote about GoPro in my Strategy Lab column following the company's highly anticipated IPO in July, 2014. Their rugged cameras built for high-speed action get used every day by consumers who upload YouTube videos of themselves skydiving, bike riding or surfing. But the number of uses for GoPro cameras continues to broaden.

There is something almost magical about the amazing video footage you can capture with these tiny cameras, as customers can mount them to practically anything – including themselves, wild animals, hockey sticks, drones or whatever else they dream up. The GoPro YouTube channel is a rich source of diverse video footage that just may keep you glued to the screen until your iPad battery dies.

It's incredibly easy to fall in love with the product, but that doesn't mean the stock automatically fits into my long-term investment strategy. When I looked at the stock last summer, it traded for nearly $40 (U.S.) a share. I thought the growth required to justify this valuation might be tough to achieve. Since then, the ride for investors has been almost as intense as the footage you might capture taking one of GoPro's cameras on a roller coaster. The stock rocketed to almost $100 in late September and came tumbling down. Even after stellar fourth-quarter results, posted last week, the stock has been dropping like a stone because investors aren't enthused by first-quarter guidance. As I write this, GoPro is about $45 a share and the company's market capitalization is about $6-billion.

This seems like a crazy valuation for a company that effectively makes one product, right? I certainly felt it might have been overvalued initially, but I think it's critical to be able to re-evaluate your thinking to be a successful investor. I remember thinking Facebook was too expensive following its IPO. I didn't believe the social-media giant would be able to effectively profit from the growing number of mobile-device users. Several quarters later, I concluded that my initial thinking was dead wrong, and I bought the stock.

I might have been wrong about GoPro, too. The company delivered much better growth than Wall Street expected. Fourth-quarter sales came in at $633-million. That's a whopping 75 per-cent increase from the year-ago quarter. Full year sales reached $1.4-billion (up 41 per cent) and earnings per share hit $1.32 (up 165 per cent).

If GoPro stopped growing and had stable earnings from this point onward, we'd be looking at a price-to-earnings ratio of 34, which seems rich. But the company is growing, and I think the growth will continue for several more years.

Looking at the opportunities, it's clear to me GoPro's products have wide, global appeal. They've also built an incredible brand, which I attribute to a great name, being 100-per-cent focused on the action-camera segment and executing so fast that there is no meaningful No. 2 in this sector. People tag YouTube videos as "GoPro" because it says something important about the type of footage captured.

Most of my friends and family do not own a GoPro yet. I'd be shocked if there wasn't still plenty of growth left. This should attract competition, but I think GoPro has been smart to expand their product line. The cheapest HERO camera sells for only $129 while the most expensive HERO 4 Black is $499. I think this price range, along with pure-play focus on the action segment, will make GoPro the go-to name for a growing customer base.

Finally, I'm very curious how the company can monetize all of the GoPro-branded footage they publish online. Whether they use YouTube, other social platforms or build their own way to share incredible content, there are surely advertisers GoPro can work with to monetize content. As amazing as it is to see GoPro shipping millions of cameras, there are billions of potential viewers of the content created by these cameras, and we already know from YouTube and Facebook that digital video advertising works.

I haven't purchased shares of GoPro yet, and I don't own one of their products. But I might very well get in on the action as a customer and as a shareholder in the near term. 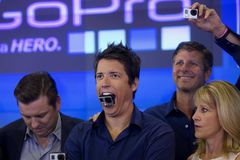 I love this company’s gadgets – but not its stock 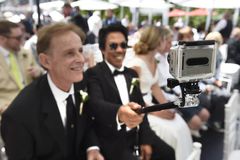