Twelve months ago I wrote a column discussing the trends that growth investors should watch in 2013. To my mind, most of these trends are still going strong into 2014.

For instance, I said mobile computing trends would hurt Microsoft Corp. in 2013. The tablets and smartphones we buy today are generally powered by Apple Inc.'s iOS or by Google Inc.'s Android and I expect the growth of these operating systems to eventually take a big bite out of Microsoft's empire.

Market watchers might argue I've been wrong because Microsoft's stock gained about 40 per cent in 2013. But I think this reflects misplaced optimism based on Nokia's sale of its handset business to the computing giant. It doesn't change the fundamental fact that the market is moving away from Microsoft.

Apple is gut punching Microsoft at the high end of the personal computer market. Meanwhile, Google is coming on strong at the budget end. An interesting fact: Two of the top three best-selling laptops at Amazon.com over the holiday season run Google's Chrome OS, not Microsoft's software. That is just the beginning of the market shift I see taking place.

Sure, it's going to take several years for Google to bring any real hurt to Microsoft in terms of PC market share, but the change of leadership is already apparent. While Microsoft had a good year stock-wise, Google's shares are up even more – nearly 60 per cent – over the same period, and they still don't seem expensive to me in terms of earnings or revenues.

Another trend I spotlighted in last year's column was the growth of social media, especially on mobile devices. Google and Facebook Inc., the two largest social media companies, have made excellent progress in turning their mobile web traffic into money and I think the trend can only grow from here.

In 2013, Facebook reached the point where 49 per cent of advertising revenue was triggered by users on smartphones and tablets rather than on traditional desktops or laptops. I think 2014 will mark the turning point when Internet advertising revenue on mobile devices becomes more important than on traditional desktops and laptops. I added Facebook to my Strategy Lab portfolio for additional exposure, but I passed on Twitter for valuation reasons.

Another growth investing trend I wrote about last year was consumers' growing tendency to cut the cord on pay TV, which I predicted would accelerate in 2013. While the numbers are still small, I think I was correct. Craig Moffett, a former Wall Street analyst, published a report earlier this year estimating that 1.9 million U.S. households have already dropped pay TV.

I'm an early adopter. I cut my family's cable TV subscription more than two years ago. Now we rely on Netflix for TV shows and movies. Just as it was obvious to me in the early 2000s that voice-over-Internet-Protocol (VoIP) telephone service would steal customers from traditional phone companies, it now seems obvious that streaming video over an Internet connection is the future delivery model for TV.

To be sure, cable TV companies are far from dead, because they can always focus their effort on broadband Internet. Still, I'm happy to have Netflix in my Strategy Lab portfolio as a way to capitalize on the movement away from traditional cable TV. We're probably another decade or more away from most households subscribing to an Internet-based TV service, and that leaves plenty of growth ahead for Netflix.

New to my list for 2014 is the trend towards electric vehicles such as the Tesla Model S or Nissan Leaf. While sales of these cars are still tiny compared to traditional gas-powered vehicles, they are growing fast.

The Electric Drive Transportation Association estimates that only a few hundred plug-in cars were sold in the United States in 2010. In 2011 the number had swelled to over 10,000; in 2012, it grew to about 53,000. It looks like sales will reach 90,000 vehicles in 2013. That may still seem tiny, considering it's only about 4 per cent of all cars sold in the U.S., but the pace of expansion is eye catching.

Tesla Motors Inc. is my pick in this category. Not only does Tesla's Model S deliver incredible performance but this young car company is well ahead of the competition in establishing a network of fast recharging stations to let owners drive cross-continent without paying for fuel in the U.S. and in many parts of Europe.

Most consumers are not yet be aware of the performance advantages of a car like the Model S. I believe we'll see a big shift in buyer sentiment towards electric vehicles in 2014 and beyond. Tesla Motors seems like an expensive stock based on today's financials, but the company is cash flow positive, shows strong gross margin improvement and is well ahead of the competition.

Online advertising, the rise of mobile computer operating systems, streaming video and electric cars are just some of the developments that growth investors should investigate. But these are the biggest trends that interest me.

That's important because I believe you should stick to investing in trends that you not only understand, but are genuinely interested in following for the long term. You'll do better than if you invest in things you don't understand – and you'll have more fun.

Notes from a power outage: Investing for the best and worst of times
December 23, 2013 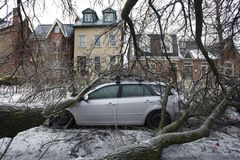 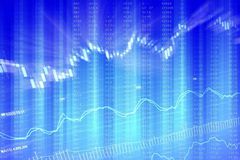 In the long term, Netflix may be going for a steal
December 5, 2013