Chris Umiastowski
Special to The Globe and Mail
Published January 18, 2016 Updated May 16, 2018
For Subscribers

Some time in the next 10 years, I believe we will see the rise of self-driving cars. People won't need to drive unless they want to. This could create entirely new business models such as summoning a car from an app on your mobile phone and paying per use rather than having an owned vehicle sit idle 95 per cent of the time. Families wouldn't need to own two cars, and many might not even bother owning one.

The U.S. government sees this happening too. Just last week, the Obama administration proposed spending $4-billion (U.S.) to accelerate the adoption of self-driving cars. Their goal is to reduce automobile fatalities and cut down on pollution.

I'm both a Tesla Motors shareholder and Tesla Model S electric-car owner, and I could make a case as to why Tesla is a great way to invest in this trend. Instead, I'd like to briefly discuss three indirect ways to invest in this same trend. Here are three stocks that represent great value and could benefit from the rise of robotic vehicles.

Tesla chief executive officer Elon Musk recently called it an "open secret" that Apple is working on its own electric-car design because they've hired over 1,000 engineers to work on it. Apple is the best-equipped company in the world to enter the automotive business given its $141-billion in cash (net of debt) and $70-billion in free cash flow generated during fiscal 2015.

If Apple builds a car, I have no doubt they'll use their vast software expertise to make an electric car that is self-driving and fully integrated with Apple's iOS software and iCloud network from the very beginning. It would be a long-term project with potentially significant rewards to shareholders. Yet the stock is quite cheap at a price-to-earnings (P/E) multiple of less than 11 based on last year's earnings per share.

There is no bigger independent automotive manufacturing company than Canada's Magna International. Over the past five years, Magna has driven strong financial performance and the stock trades at a P/E ratio below eight using this year's consensus earnings-per-share estimate. If Silicon Valley makes a heavy push into the car business, I think Magna will be a winner.

Even if it takes a long time for the industry to move toward self-driving cars, full Internet connectivity will probably come to most cars much sooner. Tesla has already shown how powerful this can be for launching software updates to customer cars and gathering critical data on the performance of its beta software, Tesla Autopilot, for the tens of thousands of cars that are equipped with this incremental self-driving software. All of this requires an Internet connection to the car, and Richmond, B.C.-based Sierra Wireless is the dominant manufacturer of embedded wireless technology.

I expect the company's revenue growth to be significantly affected by orders from car manufacturers as this decade comes to a close. Sierra Wireless shares are also trading well below 2015 levels, having fallen from the $40s down to about $14 on the Nasdaq exchange. That's a P/E ratio of 14 based on consensus earnings estimates for 2016. Sierra Wireless is also a small-capitalization growth story that could be a takeout target.

These three stocks, Apple, Magna and Sierra Wireless, are all interesting growth stories even without the move toward self-driving cars. But if cars do become autonomous, as I believe will happen, they should benefit from the trend.

Disclosure: The author owns shares of Tesla and Sierra Wireless, both personally and in his Strategy Lab portfolio.

Three stocks our growth investor thinks you should own in 2016 Subscriber content
May 16, 2018 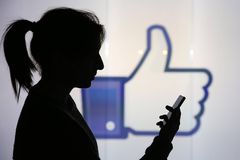 The worse Sierra Wireless gets beat up, the better the stock looks Subscriber content
May 15, 2018 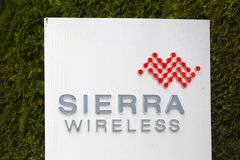 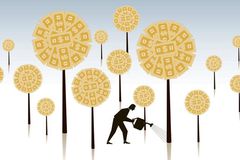