Walter Mischel of Stanford University used a bunch of four-year-olds to change how we think about willpower. He placed the kids in a room without any distractions. He then stuck a marshmallow in front of each child.

At that point, he told the kids that he would be leaving the room for 15 minutes. He added that they could eat the marshmallow right away. However, if they could resist the temptation until he returned, they would earn a second marshmallow.

Most of the kids couldn't make it through. They devoured the marshmallow before he came back.

Here's where things get interesting: When Prof. Mischel tracked the kids years later, he found those that had resisted the marshmallow were more successful. They earned higher salaries, had more friends and were even leaner.

In this and other experiments, researchers have found that willpower is an excellent predictor of financial success. It might be even more important than intelligence. That is certainly Warren Buffett's view. When it comes to picking stocks, the billionaire says, emotional aptitude trumps intellectual ability.

The good news is that there's hope for marshmallow gobblers. We can start by establishing clear rules for our behaviour and writing them down. Then, according to Australian psychologists Meg Oaten and Ken Cheng, we can improve our odds of sticking to those rules by announcing them to friends and family.

They found that disciplining ourselves in one area has benefits in others. People who focus on improving their money management skills, for example, also report stronger social lives, higher physical fitness and better health.

To be sure, avoiding distractions and focusing on a goal isn't easy. In the marshmallow experiment, successful kids didn't look at the treat. They avoided other kids who were chewing mouthfuls of sweets around them.

Successful stock pickers employ some of the same strategies. One reason Mr. Buffett insists on working his magic in Omaha, away from the distractions of Wall Street, is that he doesn't want his thinking influenced by others around him. With enough insider information and a million dollars, he says, you can go broke within a year.

Many stock pickers might benefit from a similar strategy of ignoring analysts' reports and popular opinion. By and large, these outside sources provide little real insight.

In my own investing career, I remember being tempted by the drug maker Pfizer back in 2003, when it was a particularly popular stock. A chorus of analysts agreed that it was undervalued at $34 (U.S.) per share. Ten years later, the markets have doubled. Pfizer trades under $32.

I also remember how repulsive United States Gypsum appeared in 2001. Like other companies in the industry, the wallboard manufacturer faced lawsuits filed by employees who had been exposed to asbestos. Even though United States Gypsum traded for only six times earnings, analysts suggested conservative investors should give it the miss. Two years later, it had soared 2,600 per cent.

Blindly acting on the influence of others can be an expensive mistake – and most index investors aren't immune. Numerous studies suggest typical indexers earn less than 88 per cent of the market's return, because they deviate from plan. They invest more money during rising markets and less during drops. They dabble in new strategies and ETFs.

But earning the market's return is easy – so long as you have discipline. All you have to do is add regular sums to a diversified basket of index funds and rebalance once a year. Whether you're an index investor or a stock picker, willpower is the greatest skill you can muster.

If the researchers are right, those that discipline their investing will wind up not only richer but better – at everything. Now that's a nice return.

Can you really beat the market from your laptop?
October 9, 2013 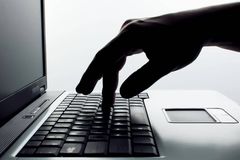 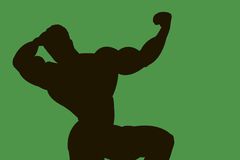