The media loves bad news. To find out for yourself, use Google. Look for stories that say the Canadian dollar will rise or that Canadian stocks will soar. Good luck. News reporters know that if something bleeds, it leads. In the quest for clicks and eyeballs, doom and gloom is king.

Researchers Marc Trussler and Stuart Soroka confirmed this in their 2014 study, Consumer Demand For Cynical and Negative News Frames.

They found that negative news draws people – even if the subjects in the experiments believed otherwise at first. Positive views are dull. They don't always get reported. That's why investors should take most media reports with a bucketload of salt.

Instead, stick to an evidence-based strategy. Today, that means running toward the Canadian market, instead of running away. Psychologically, that's easier said than done. In 2015, Vanguard's FTSE Canada All Cap Index ETF (VCN) dropped by 8.74 per cent. Those who fear that our dollar and markets might just keep falling will feel a pull to greener pastures. It's easy to see why.

Smart investing is simple. But it does require discipline. Once a year, investors should rebalance their portfolios. Those who began 2015 with a portfolio equally split between a U.S. index, a Canadian index, an international index and a bond index should have the same allocation now. That means ignoring reports that a certain currency or market will keep falling through the floor. It means going against your gut. It means trading some of last year's winners for the struggling Canadian index.

This might sound like watering weeds and pulling flowers. But the strategy works – especially when markets are volatile and long-term returns are similar.

Rebalancing reduces risk. It can also juice returns. Investment author and researcher William Bernstein explained this in his 1997 article, "When Doesn't It Pay To Rebalance?" He said, "Rebalancing works best with volatile, uncorrelated assets whose returns are roughly similar."

According to his theory, if a U.S. index gained 7 per cent over a five-year period and a Canadian index gained 10 per cent, an investor who rebalanced the two indexes annually would have earned better returns than someone who chose not to rebalance. That's because their five-year returns would have been within 4 per cent of each other. That's his magic number. If comparative long-term returns differed by an average of more than 4 per cent a year, rebalancing wouldn't help.

U.S. finance columnist Scott Burns introduced the world to the first Couch Potato portfolio in 1991. It called for a 50-50 split between a U.S. S&P 500 stock market index and a U.S. bond index. Investors, he said, should rebalance once a year.

Between 1992 and 2013, the Couch Potato portfolio averaged 8 per cent a year. If its components weren't rebalanced, such a portfolio would have averaged 7.6 per cent instead. Once again, these results support Mr. Bernstein's theory. Rebalancing wins if the performance difference between the index funds averages less than 4 per cent a year. In this case, U.S. stocks averaged 9 per cent; bonds averaged 5.8 per cent.

Rebalancing may not juice returns over the next five, 10 or 15 years. Nobody can see the future. But one thing is for sure. Rebalancing reduces risk. You'll just need to be strong enough to ignore those market headlines. 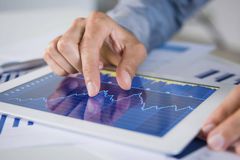 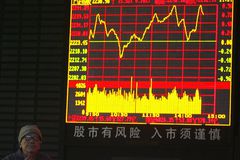