Burton Malkiel, author of A Random Walk Down Wall Street, says that trying to pick winning mutual funds is like running an obstacle course through hell's kitchen.

Two types of flames burn these investors. Fees scorch them first. The second fire comes when we chase our own tails.

According to SPIVA Canada, none of Canada's actively managed U.S. stock-market funds beat the S&P 500 index during the five-year period ended June 30, 2016. Measured in Canadian dollars, the index gained an average of 18.96 per cent a year. The typical actively managed Canadian fund invested in U.S. stocks gained just 13.59 per cent.

More than two thirds of actively managed Canadian stock-market funds lost to the S&P/TSX composite index over the same time period. More than 93 per cent of global funds were also beaten by their benchmark index.

When measuring actively managed Canadian, U.S., international and global equity funds, benchmark indexes walloped them by an average of 2.04 per cent a year. Skeptics might argue that this comparison isn't fair. I agree. Index funds also lose to their benchmark indexes. If an index gains 10 per cent a year, an ETF tracking that index should make that return, minus its expenses. But even if we deduct a 15 basis point fee, the typical ETF would have beaten the average actively managed fund by 1.89 per cent a year (not 2.04 per cent) over the 10 years ended June 30, 2016.

But behavioural silliness compounds the problem. We love chasing funds with strong track records. But the annual Thomson Reuters Lipper Fund Awards are like an ever-revolving door. The U.S. SPIVA Persistence Scorecard reveals much the same thing. There were 631 actively managed U.S. stock market funds among the top-25 per cent of performers at the end of September, 2014. Two years later, just 2.85 per cent of them managed to stay among the top performing quartile.

In June, 2016, Morningstar published Mind The Gap, Active Versus Passive Edition. They looked at the differences between how actively managed U.S. funds performed compared to how U.S. investors in those same funds performed.

You might wonder how that's possible. Index-fund investors accept the market's return. They don't jump from fund to fund, hoping to ride on the coattails of the next hot manager. By dollar-cost averaging into the same index fund every month, they sometimes end up paying lower than average prices over time. Their money buys fewer units when prices rise and a greater number of units when the stock market drops. During a volatile period for stocks (such as 2005-2015) this allowed many investors to outperform their funds.

Investors in actively managed funds, more often, walked into flames. They're impressed when a fund posts a strong one, five or 10-year track record. If they don't own such a fund, they often seek one out. But such funds often stop performing, after they have bought it. Meanwhile, the fund that they sold often starts to rise (after they have sold it).

The typical Canadian ETF beats its actively managed counterpart by almost 2 per cent a year, after fees. If Canadian investors behave as poorly as those in the United States, those in actively managed funds would give up a further 1 per cent a year by chasing past returns. On the flipside (as mentioned above), Morningstar says index-fund investors outperformed their funds by 0.58 per cent annually during the same time period ended Dec. 31, 2015. 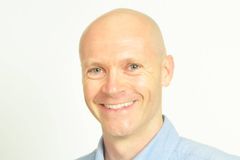 Why index investors may be better off using a robo-adviser
Subscriber content
November 22, 2016
Follow us on Twitter @globeandmail Opens in a new window
Report an error Editorial code of conduct
Due to technical reasons, we have temporarily removed commenting from our articles. We hope to have this fixed soon. Thank you for your patience. If you are looking to give feedback on our new site, please send it along to feedback@globeandmail.com. If you want to write a letter to the editor, please forward to letters@globeandmail.com.
Comments