Warren Buffett might be the greatest stock picker the world has ever seen. But he can't seem to find an actively managed mutual fund that he thinks will beat a stock market index after fees. He probably doesn't think you could either.

Mr. Buffett has long recommended index funds for most investors. And his money will follow his mouth. The Oracle of Omaha has instructed his estate's trustees to put his heirs' proceeds into index funds when he dies. Index funds charge low annual fees – that's why they beat most actively managed funds.

A spattering of active funds, however, does beat the market. The trick to finding them, some say, is a two-word secret: Active Share.

Active Share is a measure of how much a mutual fund's stock holdings differ from its benchmark index. If, for example, the 20 largest stocks on the S&P/TSX composite index were also the 20 most heavily weighted stocks in an actively managed mutual fund, that fund's Active Share measurement would be low.

Such a fund might charge high management fees. But if managers aren't trying to pick great individual stocks (that differed from an index's composition) they would be charging money for nothing. It would be called a "closet index fund." After fees, a low-cost ETF or index would give it a thumping.

If, on the other hand, the 20 largest holdings in a mutual fund comprised stocks that were least emphasized on the S&P/TSX composite index, the Active Share measurement would be higher. To beat the index, active managers need to pick stock holdings or weightings that differ from the index.

Studies show that many managers who have stepped way outside the box have beaten the market. In 2013, Antti Petajisto, a portfolio manager with BlackRock, published Active Share and Mutual Fund Performance in the Financial Analysts Journal. Based on data from a long term study, he says that market-beating mutual funds are usually those with high Active Share measurements.

Common sense would agree. If a fund's holdings drastically differ from those of its benchmark index, the fund has a decent shot at two possible outcomes. It could either beat the index (perhaps by a lot) or the index could pummel it. Like a young animal straying far from its nest, the fund could enjoy the spoils of freedom. Or, it could soon find itself in another animal's stomach.

It might sound like the holy grail for mutual fund seekers. But it isn't. Consider the SPIVA Persistence Scorecard. It measures whether the best performing actively managed funds can stay on top of the performance heap. According to SPIVA, most of them don't.

There were 682 U.S. stock market mutual funds among the top quartile of performers in March, 2013. Many of them likely scored high on Active Share. By March, 2015, however, only 5.28 per cent of them were still in the top quarter.

So how do we explain strong Active Share performance if SPIVA says that winners don't persist? In some cases, a fund could score high on Active Share during one time period, but lower in another. During that second time period, it wouldn't count as a high Active Share fund. It takes guts to stray from the holdings of the benchmark nest each year. If a fund manager succeeds after venturing from that nest, she's labelled a hero. If she fails the next year (using the same method) critics call her foolish.

Also remember the element of luck. Brad Steiman of Dimensional Fund Advisors figured out that a fund manager would need to beat the market for 36 years before we could know that the success was based on skill. "Based on these parameters," Mr. Steiman says, "by the time you are reasonably confident there is some amount of skill, the manager is likely retired and on her yacht!"

Even Dr. Petajisto sees little value in using Active Share to pick winning mutual funds. He says, "Surprisingly, the average correlation with the market index is not a statistically significant predictor of future returns." So I asked Russel Kinnel, Morningstar's director of mutual fund research. When trying to determine which mutual funds to pick he said, "Low fees are the best predictor and Active Share has no predictive power. So go with a low fee fund every time."

Index funds have the lowest fees of all – so they're the smartest choice.

It should go without saying, Warren Buffett is pretty sharp. 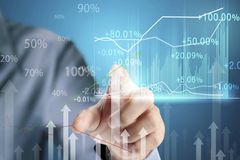 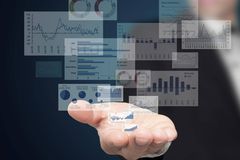 If you're still in mutual funds, it's time to switch
Subscriber content
July 1, 2015