If you happen to be in the Pyrenees mountains next June, you might see money manager David McLean zooming by as he tackles the TransPyr mountain bike race. It consists of seven stages along a 775-kilometre route that starts by the Mediterranean north of Barcelona, goes through the mountains and ends near San Sebastian on the Atlantic coast.

If you're like me, you blanch at the thought of such a strenuous ride. But it is just the latest challenge for the 50-year-old who bested the TransAndes ride, an almost 400-km trek through Chilean Patagonia, earlier this year. When it comes to the markets, most investors have a hard time keeping up with Mr. McLean's returns. His ROMC hedge fund recently won two awards from Alternative IQ. The first was for the best five-year return in the equity-focused category and the second was a third-place showing for its healthy Sharpe ratio (a measure of risk-adjusted return).

More concretely, the performance series of the ROMC Fund – the acronym stands for Return On My Capital – gained an average of 18.3 per cent annually over the five years through to the end of September, according to globefund.com.

While hedge funds are famous for their sky-high fees, Mr. McLean took a less-travelled route and followed in Warren Buffett's footsteps. Like Mr. Buffett's early partnerships, Mr. McLean earns a fee when his fund gains more than 6 per cent a year. When he beats that mark, he collects 25 per cent of the excess. Otherwise he doesn't make a dime.

A few years ago he gave investors a second choice that proved to be even more popular. Investors in the ROMC Fund "salary series," pay Mr. McLean a flat annual salary for his services. As a result, the fractional fee they pay declines as the fund's assets rise, which is highly unusual. Indeed, it is – as far as I can tell – unique for a Canadian hedge fund.

This year he offered a third option, for less well-heeled investors, with the launch of the ROMC mutual fund. It tracks a similar portfolio, but the A series charges a more conventional management fee of 1.5 per cent. (Mr. McLean is currently waiving the majority of the management fee and expects to do so until the fund grows to a reasonable size.) As an extra bonus for outside observers, the mutual fund provides a window on Mr. McLean's portfolio, which is focused on high-quality value stocks.

At the end of July, the fund held nine positions, according to Morningstar.ca, with almost 30 per cent of its assets in cash. Its large U.S. holdings include the Bank of America, American Express, IBM, Wells Fargo, Berkshire Hathaway and Apple.

Wells Fargo is also a favourite of Warren Buffett, who petitioned regulators earlier this year to allow his firm to buy more of the bank's shares.

Mind you, that was before Wells Fargo ran into trouble. It was recently revealed that some of its employees had opened millions of accounts for customers without their knowledge in an attempt to meet sales targets. The scandal resulted in a $185-million (U.S.) settlement with U.S. regulators plus $5-million in customer remediation. It also prompted the departure of long-time chief executive John Stumpf.

The news helped push the bank's stock from a 52-week high of $56.34 down to a 52-week low of $43.55. Mr. McLean thinks Wells Fargo can weather the storm, likes its above average return on assets and has been buying more shares in recent weeks.

On a personal note, I'd like to thank Mr. McLean for opening his boardroom to the YYX Toronto Value conference last spring, which I helped organize with money manager James East. Mr. McLean helped bring the next generation of value investors together to exchange ideas. But, despite their youth, I doubt they'll take on the TransPyr challenge with him next year. 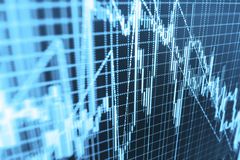 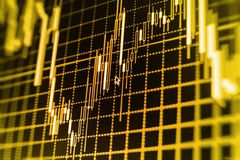