Kermit knows that it's not easy being green. The frog's wisdom came to mind when I set sail with a friend many years ago. He turned nearly as green as the puppet after a few minutes on the waves.

Investors are almost as queasy after the recent market turmoil. But market downturns provide opportunities for value investors who maintain an even keel by sticking to bargain stocks that trade at a discount to their fundamentals.

Bargain hunters have profited handsomely by buying Canadian dividend stocks at low price-to-sales and price-to-earnings ratios. It's a big reason why I went fishing for such stocks this week.

High Liner Foods Inc., which hails from Lunenburg, N.S., fits the bill. The company is the leading processor and marketer of value-added frozen seafood in North America. If you love the smell of fish sticks in the morning, you've probably noshed on its products.

The company's shares slipped into value territory after diving from last year's high of $26.50. The shares got down to a 52-week low of $10.10 last fall, briefly bounced back above $16, and could be found this week near $13.

The market is holding a half-off sale on High Liner's stock. But a low price doesn't mean much on its own. Wise investors check the fundamentals to figure out how much value they're getting.

Starting on the top line, High Liner generated sales of $1-billion (U.S.) over the last 12 months. That's roughly the same as the prior year, which isn't great news from a growth perspective.

The firm generated about 26 per cent of its sales in Canada and the rest came from the U.S. and Mexico. About one third of its products are sold to retailers and two thirds to food-service businesses like restaurants and institutions.

High Liner's price-to-sales ratio comes in at 0.28, which is quite low compared to many profitable firms. The ratio is also well below where it has been for much of the last decade.

Sales are one thing, but earnings are another. After all, it's easy to sell a dollar for nine dimes but you'd go broke doing so on a regular basis.

While High Liner is solidly profitable, it earnings have been stuck near $30-million over the last three years.

There will also be a bit of short-term pain in 2016 due to management's decision to close the firm's New Bedford fish operations and move production to other facilities. The closure is expected to reduce annual operating costs by about $7-million and set it back about $5-million in severance and other "one-time" costs.

Turning to the ratios, the stock trades at a modest 9.9 times trailing 12 months earnings and at 8.9 times analyst estimates of the firm's earnings for the next 12 months. Both are good from a value perspective.

Income investors will appreciate the stock's 3.7-per-cent dividend yield, which is paid in Canadian dollars. Its dividend has more than doubled over the last five years when it climbed from a quarterly rate of 4.5 cents a share to 12 cents a share. The firm has the capacity to pay an even higher dividend should it wish to do so.

It is important to remember that the food business is not without risk.

It has to weather fads, and the occasional disaster. For instance, there is a very real concern that the world's oceans are being overfished, which presents the firm with a number of challenges. To its credit, High Liner moved to address such worries several years ago and boasts of its efforts to source seafood from sustainable and responsible suppliers.

With a little luck, High Liner will sail past the current storm and put green into the pockets of investors for a long time to come. 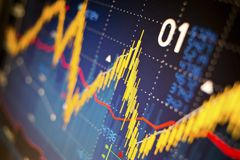 This company is serious about returning money to shareholders
Subscriber content
February 16, 2016 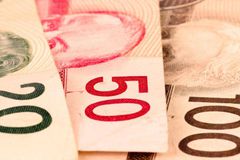