Thrift is a rare virtue in the investment world, and it tends to go unheralded. Instead, hordes of salespeople try to lure in investors with the possibility of big returns, while charging a pretty penny.

But you don't have to pay up. I'll walk you through three ways to benefit from the wisdom of the best investors in the world without paying a fortune.

Passive investing is perhaps the simplest option. By holding a broadly diversified portfolio composed of low-fee index funds, you effectively piggyback on the stock-picking prowess of other investors. The idea is to follow the hive mind of the market while cutting fees to the bone.

The great proponents of indexing have shown that it is very hard to beat the market.

However, a subset of smart portfolio managers have been able to produce market-beating returns on an after-fee basis. Such managers generally avoid index-like portfolios and opt for reasonably long holding periods. But don't be fooled, fees still matter.

For instance, famed investor Warren Buffett has generated a phenomenal long-term track record at Berkshire Hathaway, which he runs from his office in Omaha. Most of his wealth is tied up in the company's stock, which he bought decades ago. Otherwise, he earns relatively little for his services. But other shareholders wouldn't have gained nearly as much if he had given himself big options grants along the way.

Conglomerates run by smart and thrifty managers represent another good option for investors. After all, you can buy Mr. Buffett's services by simply investing in his firm. If you do, you get a portfolio of quality companies and a star stock picker while paying less than you would for a frugal index fund. I hold a few shares myself.

A third way to benefit from famous investors is to track their portfolios, via regulatory fillings, and swipe their ideas. It's a solution hedge fund manager Mohnish Pabrai expounded on in a recent talk to students at Boston College. Mr. Pabrai loves to study the portfolios of other famous investors. While simple mimicry can work quite well, he doesn't buy indiscriminately. Instead, when a portfolio manager he admires buys a stock, he examines it closely before adding it to his portfolio.

Take it a step further and you can copy the copier. After all, it's easy to look up Mr. Pabrai's filings and find out which stocks he likes the most.

Even better, websites such as gurufocus.com do the work for you. They report that Mr. Pabrai recently held Goldman Sachs, Horsehead, Citigroup, Chesapeake Energy, Bank of America, and General Motors warrants.

As it happens, his portfolio provided the inspiration for one of my model portfolio picks. I added GM to the portfolio, but opted for the common stock instead of warrants because I thought the latter were a little too complicated for many investors. I'm happy to say that GM's stock is up 91 per cent since it was added to the portfolio through to the end of 2013.

The Detroit auto maker was famously restructured during the collapse of 2009, but it has returned to profitability and recently announced it will start paying dividends again. According to S&P Capital IQ, it trades at a trailing P/E of 16.6 and a forward P/E of 9.1. Based on the firm's new dividend, its stock is set to yield 3.1 per cent. While GM isn't as good a value as it was when we bought it, the auto maker should do reasonably well, provided the economy continues to recover. 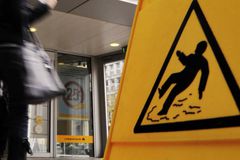 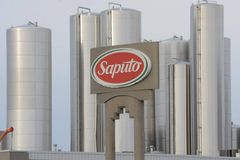