As winter descends on Canada, the good people of Alberta face bitter prospects. Matters are so frosty that provincial politicians are climbing into bed with one another in an effort to warm up before the party stops.

Problem is, the provincial economy could be crushed by falling oil prices – and there's no sign they've bottomed out yet. Light sweet crude is well down from its 52-week high near $108 (U.S.) a barrel to below $54 a barrel this week.

The half-price sale is great for consumers, but it could be ruinous to oil companies should it persist. If the low prices linger, the pain will spread well beyond the energy sector to other businesses.

Canadian Western Bank (CWB) is one firm that stands to suffer. Roughly 41 per cent of its loan portfolio is in Alberta and 35 per cent is in British Columbia. The remainder can largely be found in Saskatchewan, Manitoba and Ontario. The firm's geographic concentration is great when Alberta booms but it smarts when it busts.

If it weren't for low oil prices, the Edmonton-based bank would be a much more attractive investment. It has $20.6-billion (Canadian) in total assets, $1.6-billion in common equity and a market capitalization of $2.6-billion, according to S&P Capital IQ. That makes it smaller than the country's big banks, but still big enough to weather a storm or two.

Its relatively small size also means it has room to grow, which it has done with vigour over the past 10 years. The bank's book value per share almost tripled over the past decade and the firm has more than quadrupled its total assets over the same period.

Income investors have enjoyed the ride because the bank's annual dividend rate has climbed from 19 cents per share a decade ago to 84 cents per share today. The growth has more than made up for a relatively modest dividend yield, which now stands at 2.6 per cent.

On the downside, the bank's stock has lagged both the market and its peers in recent times. After hitting a 52-week high of $43.30 a share in August, it fell to a low of $28.86 a share this week before bouncing back to $32.32 on Thursday.

But matters could become even more dire. After all, the 2008 crash was largely driven by big financial and real estate bubbles in the United States and elsewhere. Canada was spared the worst of it and the price of oil recovered fairly quickly. A more prolonged downturn could prove to be very painful.

CWB is facing some big risks, but it still trades at relatively generous prices. Those looking to get out while the getting is good might swap the stock for shares in large international banks that trade at lower ratios.

(Alas, the big Canadian banks are much more expensive and they have to contend with overly indebted consumers and the country's bubbly real estate market.)

With a bit of luck, the low price of oil won't send Alberta into a deep freeze. But cautious investors might want to hedge their bets before the chill sets in.

Where to find bargains in the dark corners of the stock market
October 24, 2014 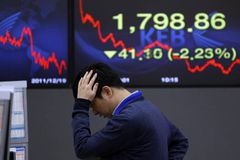 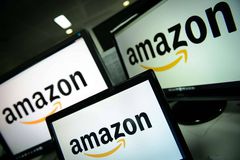 Five issues that will affect your portfolio in 2015
Subscriber content
December 10, 2014