Some index investors have suggested that expensive portfolio managers could easily be replaced by monkeys willing to work for bananas.

Now a recent study goes even further. It suggests that a chimp can outperform not just the typical money manager but the traditional index fund as well.

At least that's the lighthearted conclusion reached by Andrew Clare, Nick Motson and Steve Thomas, of the Cass Business School's Centre for Asset Management Research, in their paper called An Evaluation Of Alternative Equity Indices.

First, a bit of background: Most index investors believe the market is highly efficient at pricing in all the publicly available information about a stock. That means professional money managers shouldn't be able to add value – certainly not enough to overcome the mountain of fees they charge.

The fact that the typical mutual fund lags behind the market index helps to lend credence to the indexing case. But frugal index investors have their own weaknesses, which are less easily recognized.

Chief among those weaknesses is how index funds are constructed. The most popular, plain vanilla index funds hold shares in proportion to each stock's market capitalization. That means the index funds hold more of the largest stocks and less of the small ones.

A big advantage of this approach is that these indexes tend to rebalance themselves as stock prices fluctuate. As a result, trading costs can be minimized and capital gains taxes deferred.

On the other hand, large stocks have a nasty habit of underperforming the market. That's bad news for market-cap weighted index funds, which buy more of the big guys.

Thankfully there are alternative approaches. Perhaps the simplest option is to choose an equally weighted index, which puts the same amount of money into each stock. While this option has its own drawbacks, it has performed well over the long term.

The Cass study looked at both indexing methods based on portfolios formed using the largest 1,000 U.S. stocks with five-year performance records from the start of 1968 to the end of 2011. Investors who chose market-cap weighting were rewarded with average annual returns of 9.4 per cent while those who bought an equal amount of each stock earned 11.0 per cent annually.

The academics also examined the results by decade. The 2000s were hard for traditional indexers who gained only 0.4 per cent annually while the equally weighted portfolio grew 6.2 per cent. On the other hand, the 1990s favoured regular indexers, who gained 17.6 per cent annually, which beat the 15.0-per-cent returns from the equally weighted approach.

The study also set up the computer equivalent of a giant room full of robotic monkeys. The robo-primates picked stocks at random from the full list of 1,000 stocks and slowly built up a portfolio by wagering 0.1 per cent of a portfolio's assets on each draw. The researchers didn't follow just one such portfolio but tracked 10 million of them.

While lovers of Shakespeare might be disappointed to learn the monkeys didn't recreate the bard's Much Ado About Nothing, the results were surprising nonetheless. Nearly every single one of the 10 million monkey-inspired portfolios trounced the returns of the market-cap-weighted index. (As one might expect, their results clustered near those of the equally weighted approach.)

Similar results were seen when the monkeys put 1 per cent of their stash into each stock. That means their portfolio could hold no more than 100 stocks – a number small enough that individual investors might start to think more seriously about following their lead.

It tickles my funny bone to think that such an outrageously simple method is likely to outperform the market – provided costs are kept to a minimum.

Mind you, most people aren't interested in leaving their portfolios to chance. But it's easy to buy equally weighted index funds based on the S&P 500. For instance, the Guggenheim S&P 500 Equal Weight (RSP) exchange traded fund has outperformed the regular S&P 500 index by an average of 2.7 percentage points each year over the last 10 years, according to Morningstar.com.

If you want to stick with indexing and still have a chance of beating those clever monkeys, you might want to give equal-weighted funds a close look. 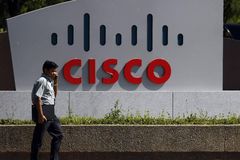 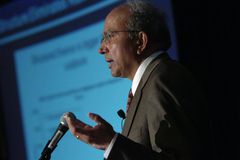 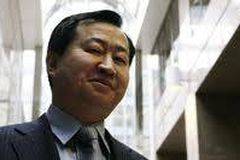