The dawn of a new year gives birth to a plethora of predictions. Stock market prognostications are entertaining, but they should taken with a big grain of salt.

To see why, I begin with a moderately optimistic forecast for the S&P 500 which calls for 6-per-cent gains in 2013 after adjusting for inflation and including dividends. Six per cent happens to be a little below the index's average annual real return of 8.2 per cent since 1871 based on data from Professor Robert Shiller.

To see the range of possibilities it's useful to look at past returns, which are displayed in the accompanying graph. Each bar on the graph represents the number of years the S&P 500 achieved total returns, adjusted for inflation, closest to the various return targets.

For instance, the height of the 5-per-cent return bar represents the number of years the S&P 500 gained between 2.5 per cent and 7.5 per cent.

As it happens, the most common return range is the one closest to 5 per cent, which was achieved on 19 occasions since 1871 or about 13.5 per cent of the time. As a result, it seems unlikely the index will gain 6 per cent next year. History shows much larger, or smaller, returns are far more probable.

Such wild swings are often ignored when discussing the long-term average results for the index. But the average is made up of a series which includes some giant moves. For instance, the index gained 53.2 per cent one year and it has lost 38.0 per cent in another. (The eagle-eyed will note these results aren't based on strict calendar year-end figures and are instead offset by a few weeks.)

Unfortunately, most stock market forecasts don't include an indication of the uncertainty of the forecast itself. Problem is, providing them would cast the forecast in a much different light.

To highlight the issue I'm going to add a plus, or minus, range to the 6-per-cent return prediction, which should be good 19 years out of 20. The approach should be recognizable by anyone who's familiar with the results of public opinion polls.

To do so, I simply go to the historical data and cut out the extremes at either end. It turns out the S&P 500 has provided real returns between minus 23 per cent and plus 35 per cent in 19 years out of 20. The range spans a whopping 58 percentage points centred on, as it happens, 6 per cent.

Putting it all together, S&P 500 is expected to generate real returns of 6 per cent plus or minus 29 percentage points next year, which should be good 19 times out of 20. The other one time ought to result in much larger gains or losses.

Problem is, this prediction isn't particularly useful for planning purposes. But the stock market tends to be a unpredictable place and wanting it to be otherwise doesn't make it so.

Even worse, I've likely underestimated the level of uncertainty involved because the uncertainty range is based on a relatively short – statistically speaking – historical record. It is entirely possible 2013 will prove to be a record-breaker.

As a result, when you're next faced with a stock market prediction, focus on the uncertainties involved just as much as the expected returns. You may discover the prediction isn't really much of a prediction at all. 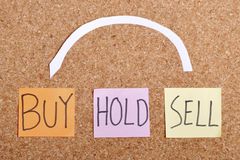 Which investing sections are outside the paywall?
December 6, 2012
Scary beats safe in realm of cheap stocks
December 30, 2012 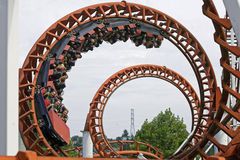 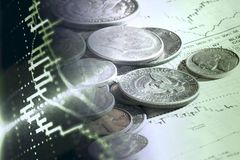