Chris Umiastowski
Special to The Globe and Mail
Published July 1, 2015 Updated May 15, 2018
For Subscribers

Within 10 years I think we'll all look back at today's high definition screens and think of them as totally archaic. There is a huge technology transition happening now, and I think it will be as important as the transition from radio to video.

What am I talking about? Virtual reality, or VR for short. The technology is already ready for prime time, and offers what I can only describe as a mind-blowing experience.

VR is certainly not a new concept, and I'm probably a bit late to the scene relative to many other hard-core technology enthusiasts. More important to the investment angle is this: I watched about a dozen other people enjoy their first VR experience. The consistent reaction was total amazement. Believe me – I'm trained as an engineer and finance guy. I'm not particularly creative and, yet, even I can see how this is going to revolutionize the way we interact with screens in practically every industry.

We humans have two eyes, and each eye is like a video camera seeing a slightly different movie than the other because of the physical distance between our eyes. This allows our brain to put together a 3-D rendering of our world with amazing clarity and depth perception. Virtual reality creates this same experience. Each eye focuses on a slightly different image on a high definition screen, and our brains perform the magic that makes us feel as if we are actually standing on a street, hang gliding over a forest or inside of a computer-generated world of any kind.

What impressed me most about my VR experience is the quality and the low price. I tested a Samsung Gear VR headset that can be had for $199 (U.S.). The headset attaches to a smartphone and you're instantly able to download content from an app store. I expect the price of these headsets to keep dropping such that a VR experience will cost as much as a nice iPhone case.

When your brain thinks you are associated into an experience, compared to looking at the experience on a traditional screen (dissociated), it amplifies your emotional response. It makes the content even more compelling. I played a VR game that completely freaked me out. I watched a friend scream when she thought a train was coming straight at her. I sat in a virtual movie theatre where the visual experience was as good (if not better) than actually being at a real theatre. I used VR technology that let me "stand" in a condo unit. It felt incredibly real, and made me realize that the future of real estate listings will forever be changed by this technology.

By no means do I think we'll become a society that wears VR goggles all day long. But I do think this immersive 3-D experience will replace much of the time we spend looking at 2-D screens, so I'd like my investment portfolio to be exposed to this disruptive technology.

The pieces of this puzzle are starting to fall into place already. Last March, Facebook bought Oculus, the leader in VR technology and maker of the "Rift" VR headset. Netflix engineers are playing around with new user interfaces to support the Rift. Only three months ago, Google started to enable support for 360-degree video uploads on YouTube. Sports camera manufacturer GoPro bought a VR software company so customers can create what is known as "spherical video," which, naturally, will be best experienced through a VR headset. I look forward to the day when I can pay to virtually attend a U2 concert or have virtual front row tickets to Olympic beach volleyball finals.

Because VR content will be readily available on smartphones, I think the Apple's App Store and Google's Android Play will be two large-scale winners in this space. I also expect Facebook and Google to bring the VR experience to advertising, and Facebook may be best positioned to completely reinvent how business pages, groups, the newsfeed and instant messaging function in a VR environment. Perhaps Netflix will be able to bring VR content into its library and expand into distributing virtual seats at live events.

These large capitalization stocks are already in my Strategy Lab and personal portfolios. But there's also an interesting Canadian small-cap stock I'm looking at. Spectra7 Microsystems is a specialist in making tiny signal processing chips that make it possible for super high data rates (required for VR) to pass down very thin cables. It's widely known that Oculus (now owned by Facebook) buys from Spectra7, which sports a market capitalization of about $74-million after considering potential dilution from outstanding warrants. Most investors would be scared off by that valuation given last year's revenue of only $5.6-million. But I'm taking a closer look. VR is going to be an enormous market and users of the technology won't put up with fat, heavy cables that interfere with the experience.

Radio morphed into video. Black and white morphed into full colour. Standard definition became high definition. Now 2-D dissociated experiences are becoming immersive, full 3-D associated virtual reality experiences. Why not set up your portfolio to benefit from this over the next decade? 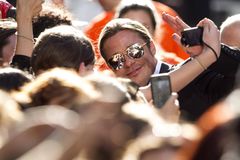 Why I’m adding Starbucks to my Strategy Lab portfolio Subscriber content
May 15, 2018 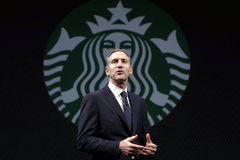 Tesla, SolarCity help me invest in the future Subscriber content
May 15, 2018 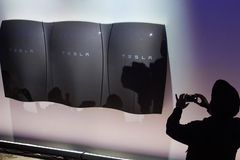