The global financial crisis is easing, but some of the big banks are still acting as if it's war out there.

At Toronto-Dominion Bank , they appear to be fighting customers as much as anything else.

TD, as you may know, is the bank that uses the word "comfortable" a lot in talking about how it wants to make customers feel. Recently, the bank sent a routine-looking notice to clients of its TD Waterhouse online brokerage and investment advice division about a change in the agreement for cash accounts (your basic non-registered account).

Complaints have been rolling in about this change in a way that recalls TD's announcement early in the year that it would charge a $35 inactivity fee to people who didn't use their unsecured line of credit for 360 straight days. The bank later backtracked on the new fee and said it wouldn't increase others for the rest of 2009.

TD's latest move was to spell out how it can cover a debt or liability clients might have in a TD Waterhouse account with a positive credit balance held in virtually any account held at the bank's various divisions (registered accounts excepted).

TD says it has long had this right, as have other banks, and that there's nothing new going on here besides the bank restoring some terms and conditions to the account agreement that had been there previously. So what's the fuss? It's the bullying, abrasive manner in which TD went about telling clients what was happening with their accounts (see the graphic that goes along with this column).

"I looked at the notice and I said, 'Oh no, I don't like this,' " said Anne Provart, a 67-year-old retiree from Toronto who has had a non-registered investment account at TD Waterhouse for about five years. "It strikes me as being high-handed."

In a call to complain about the TD Waterhouse notice, Ms. Provart said she has been a TD Canada Trust banking client "for eons." Now, she's feeling wary about doing something as simple as transferring money into her TD Waterhouse account to buy shares.

"I just think this is something that might alienate their customers," she said. "It's not making me feel comfortable at all."

There's no good reason for Ms. Provart to worry, according to what TD Waterhouse spokesman Barbara Timmins said yesterday. She said the bank always tries to work with clients to clear up debts or liabilities in their brokerage accounts. Typically, those debts would result from buying on margin, or using money borrowed from TD Waterhouse.

"It's only when we get no response from the client or we can't come to an agreement with the client that we exercise this authority," Ms. Timmins said. "It's really a last-resort measure."

She also said that offsetting a negative balance in a client account with a positive balance at another account in the same bank is an industry practice and a long-standing principle in common law. A Bank of Montreal spokesman confirmed that the bank's online brokerage division, BMO InvestorLine, has a policy allowing for client debts to be offset by balances held in BMO bank accounts and credit lines.

If TD's amended account agreement had been issued during the peak of the financial crisis, it would certainly have been criticized. But there would have at least been some context for the aggressive "we need to get our money back" approach.

Today, though, things are calming down in the financial world. TD Bank itself maintains a financial stress index that recently improved to levels not seen since June, 2008.

And yet the banks are still using the financial crisis as an excuse for raising borrowing costs. Bank of Nova Scotia increased the rate for new secured credit lines to prime plus one percentage point in October.

A Scotiabank spokeswoman linked the increase to the costs the bank faces in raising money to lend to clients. "While conditions in credit markets have improved, it continues to be more expensive than usual for the bank to raise funds as a result of the global credit crisis," she explained in an e-mail.

Not all banks are leaning on customers, mind you. Bank of Montreal announced changes to its Air Miles MasterCard lineup yesterday that will eliminate a $35 annual fee and double the amount of reward miles that can be earned by some customers.

After playing the tough guys, that's the kind of peace offering the banks should be offering. 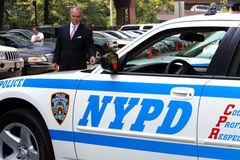