The Canadian technology sector is in the midst of a lucrative takeover wave.

Shareholders of RuggedCom, Gennum, Zarlink and Mosaid Technologies have recently been showered with cash to part with their stocks. Acquirers offered premiums of 45 per cent to 142 per cent over prevailing market prices to win control of the four companies.

Bids of such a magnitude suggest many stocks in the sector are seriously undervalued, and investors should be trying to guess where the next high-premium buyout might materialize.

"When valuations are down, it does tend to bring buyers out of the woodwork," says Chris Umiastowski, a technology consultant and blogger.

The undervaluation of Canadian tech stocks is the flip side of the country's resource boom, analysts say. Most investors are ignoring technology, focusing instead on the red hot market for mining and oil stocks.

Information technology stocks have become little more than a rounding error on the Canadian market, so Bay Street spends little time following or promoting the sector.

"The Canadian capital markets have become very unfocused on technology. I mean technology is now about 1.2 per cent of the [S&P TSX]index," says Tom Astle, technology analyst at Byron Capital Markets. "There is just not a lot of focus on technology in the Canadian market and therefore some of the better stories are not getting their full valuation."

Tom Liston, technology analyst at Versant Partners, agrees several tech companies are being overlooked. "Canadian investors spend a lot of time on the resource sector for obvious reasons given its weighting. In consequence there is less attention paid to really good investments in technology companies," he says.

He says this is a costly mistake for investors because many Canadian companies are "world class or dominate a niche."

Another factor driving consolidation is economies of scale. Many companies can broaden their product offerings by acquiring rivals in related sectors, while reducing overhead by eliminating much of the sales forces and administrative expenses in the businesses they buy out.

While takeovers have been occurring in Canada, there have also been many in foreign markets as well, indicating the acquisitions are part of a broader international trend.

Last December, Mr. Liston compared Descartes and four of its closest U.S. competitors, and noted a big difference in the way investors treated the Canadian company. Descartes was trading for less than half the value of its U.S. competitors, when the sum of the companies' net debt and equity was compared to their earnings before deductions for interest, taxes, and depreciation.

Descartes came in at a lowly 10 times multiple on this commonly used metric, the U.S. competitors at a multiple of 26.9, even though Descartes has a stable of major corporate clients and is considered one of the leaders in the industry.

Descartes has risen since Mr. Liston noted the valuation discrepancy and started pounding the table for the stock, but it remains a good example of a potential take-out candidate. "It would be a no-brainer" given the huge gulf between the value placed on the stock in U.S. companies and Descartes, Mr. Liston said of such a takeover.

He says takeovers are often bittersweet, because most of the businesses being acquired would provide greater capital appreciation for shareholders over the long haul if they stayed independent.

"Some of these companies do very well and could produce really above-average returns for three, five, 10 years. It's great to get this short-term pop, but you're missing out on years of good returns instead," he said.

And Descartes isn't the only company with the qualities needed to attract suitors.

Mr. Astle flags patent company Wi-LAN Inc. as a potential target. The company, considered one of the top 10 in the world in terms of its patent portfolio, is trading at a significant discount to its U.S. peers, "by some measures half on a P/E basis," , Mr. Astle said.

(A price/earnings ratio is a company's stock price divided by its earnings, with lower readings indicating a less expensive stock.)

Heightening the speculation on Wi-LAN is that Canadian rival Mosaid Technologies was taken over last year.

Sandvine Corp., a company that helps customers manage their broadband traffic, also trades at a discount to peers. The knock against Sandvine is that its profits are lagging its competitors' because of its heavy spending on research and development. But such expenditures are not necessarily a long-term negative if they result in competitive advances.

"Assuming that it's being done efficiently, it's more of an investment than an expense," Mr. Astle says.

Research In Motion is often mentioned as a takeover candidate because the down-on-its-luck firm trades at a discount to its peer group. However, some RIM watchers are skeptical. "I think RIM really wants to go on its own right now," said Mr. Umiastowski.

Another Waterloo-based firm, Open Text Corp., has also been the subject of frequent takeover speculation. The company is one of the largest independent electronic-content managers left in a business where major firms such as IBM, Oracle, and HP have been snapping up acquisitions. Mr. Liston says German software giant SAP is the most frequently mentioned potential acquirer for Open Text. 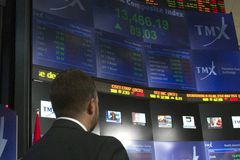 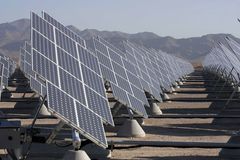 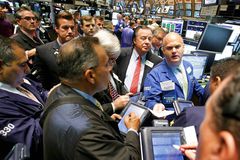 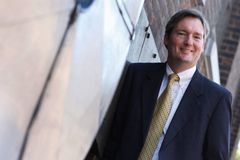 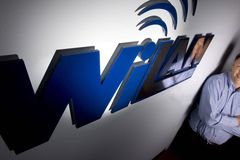 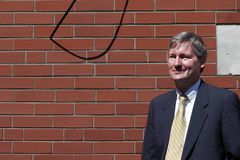 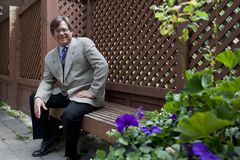 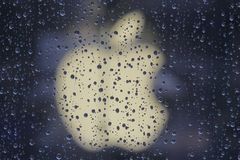 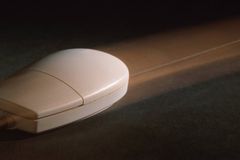