Tesla Motors has gotten used to a ride as fast and smooth on Wall Street as the one its top-rated electric vehicles offer drivers. So October has proven a bit of a shock. The stock is down 17 per cent this month, with more than half of that coming on Tuesday, after Consumer Reports took the company's Model S off its recommended list. That followed several sell-side analysts deciding to cut their price targets, recommendations, or both.

The Consumer Reports ding matters more, partly because the Wall Street downgrade really didn't count. Almost three quarters of sell-side analysts covering the stock still recommend buying it or hanging onto it, data compiled by Bloomberg show. At $296 and change, the average target price remains close to its all- time high. And it's about $90 over Tesla's current price, close to the widest spread ever. Never mind that consensus earnings estimates for the next several years have been quietly shredded over the past year:

When your stock trades at 99 times (adjusted) 2016 consensus earnings -- and that's after Tuesday's tumble -- then it's safe to say your stock isn't actually being traded on the basis of that multiple. Rather, the promise of Tesla lies far off down the road. Despite being publicly traded and sporting a market capitalization north of $26 billion, the company is valued more like a start-up.

Take, for example, the most bullish sell-side analyst on the stock, Adam Jonas at Morgan Stanley. He shaved his price target earlier this month to $450 a share -- still more than double today's price -- and laid out his valuation model for Tesla's core vehicle business the same day. Some 85 per cent of that value relates to cash flows projected for 2025 and beyond.

It's easy to scoff at such timelines. For example, the Morgan Stanley model implies Tesla's vehicle sales growing at an average of 28 per cent a year, compounded, between 2015 and 2025, and an Ebit margin and effective tax rate of 11.9 per cent and 19 per cent, respectively, by the end of that period. Tweak each of these by a mere percentage point -- the first two down and the other one up -- and you would still be assuming spectacular growth and profitability. But the net income forecast for 2025 would have dropped by 16 per cent.

Now, valuation has to be done somehow, and with a company doing genuinely new things like Tesla, this inevitably involves making a lot of assumptions. And to a large degree, it is beside the point. Tesla's stock is an option with a value tied overwhelmingly to the notion that the company will both usher in the age of electric vehicles and then dominate it not as a niche, luxury brand but as a mass-market player. Once you're dazzled by the possibilities of that, your focus on the sensitivities around projected operating margins tends to blur somewhat.

There's a term for this: FOMO. Fear of missing out isn't just a draw for Tesla's stock. Amazon.com has long benefited from such thinking, sporting a market capitalization of $260-billion and a P/E multiple above 100 times despite having made an aggregate net profit of just $20-billion over the past 17 years, according to data compiled by Bloomberg. And if you think that example means Tesla can only keep going up, remember that anyone buying Amazon's stock at the end of 1999 spent much of the next decade nursing a loss.

FOMO isn't just a stock-market phenomenon. Uber now sports an implied valuation that is roughly double Tesla's market cap, based on its latest funding round, up from less than $20-billion a year ago. Given the way these numbers get set in venture-land, where investors can negotiate protective measures like extra shares if valuation falls in subsequent rounds, the headline figure is perhaps less real than it appears. But the rapid climb for Uber suggests later investors just want in, valuation be damned.

There's more than a hint of FOMO in how target prices for Tesla have developed over time. The chart below shows the range for six brokerages that have been following Tesla since at least early 2013. When Tesla's stock began surging that spring, in part due to rave reviews of the Model S, Wall Street followed quickly. Come February 2014, when the company announced plans for a 'Gigafactory' to churn out batteries, the average target jumped by roughly $100 and the range expanded dramatically.

Part of the reason for this is that, as Tesla's valuation has swelled higher, so expectations of what the company can, or must, achieve have metastasized. It is no longer enough for Tesla to merely overturn the powertrain technology that has dominated the world for roughly a century, an undertaking in which it has made enormous strides yet remains a niche player. Now, Tesla is seemingly intent on competing not just with the BMWs and Ford Motors of this world, but also Google, Apple and others to develop autonomous vehicles. Oh, it also plans to upend the utility business with home batteries.

One prime example of this: Of Morgan Stanley's $450 target, only $265 reflects Tesla's core vehicle business. The rest relates largely to "Tesla Mobility," a theoretical ride-hailing service that for now is, in public anyway, just an idea detailed in a Morgan Stanley report published two months ago. The recent cut to the price target was due to concern that pricing for Tesla's latest vehicle, the Model X, was too high, putting demand growth forecasts at risk. That was pretty unremarkable in itself. What was incredible is this:

"Model X pricing reinforces our view that Tesla may need to explore new business models of mobility that address sustainable transport that more efficiently apply its EV [electric vehicle] technology in a connected and shared ecosystem."

The implication is that the enormous challenge of reinventing the motor car at a reasonable price is such that Tesla may have to also reinvent the business of transportation, a la Uber, in order to realize its full potential.

With dreams like that to live up to, it is little wonder that Tesla's cash burn rate has accelerated faster than a Model S. Based on trailing one-year averages, this hit $472-million in the second quarter, more than 10 times the level of a year before, data compiled by Bloomberg show.

True, the same dream is what allows Tesla to keep replenishing its coffers by raising money from investors, as it did in August. Yet that is why Tuesday's ding from Consumer Reports matters much more than Wall Street's long-term forecasts. Tesla, for all its achievements to date, is still aiming to expand by orders of magnitude in a matter of five years and will inevitably face the occasional setbacks and competitive pressures that bedevil any car company. Dreams can withstand a lot, but not the mundanities of the real world. 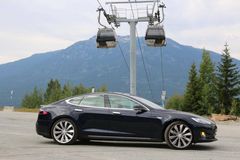 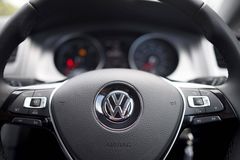