If you really want to delve into someone's personality and character, take them golfing. There are few pastimes that are more revealing. Golf takes four to five hours to play, is laden with emotion and is mankind's greatest equalizer – it humbles everyone.

As it turns out, golf has many similarities to investing and on this weekend of the Open Championship at Royal Lytham, it seems appropriate to explore a few of them.

I felt great warming up on the range and then played a horrible round. After walking off with 98, I was ready to give up the game. The next week I shot an easy 86 and was riding high again.

In the short run, the stock market is as random as our golf games. Nobody, not even Warren Buffett, knows where it's going over the next week, month or even year. But that doesn't prevent us from being subjected to a steady flow of predictions, often based on the market's recent direction and tone. And as with golf, the predictions get more authoritative and expectations more positive after a period of good results.

It's perverse, but the good golfers are the ones who grumble about "not having a clue," while the high handicappers like me think we've figured it out and want to share our new-found secret with anyone who'll listen. Experienced, successful investors are also more humble about their ability and rarely offer investment advice at cocktail parties. They have no expectation of making accurate short-term calls and expect to make lots of mistakes.

What did you shoot, honey?

When asked about their score, you can bet a golfer's answer will have nothing to do with reality. The missed two-footer won't be on the scorecard and the 8's were put down as circle 7's (appropriate for a handicap calculation, but not bragging rights). When you get right down to it, golf turns seemingly honest people into liars.

Investors lie too, although it's more often to themselves, and not always knowingly. That's because few actually know how they've done. The wealth management industry doesn't provide a scorecard and most investors don't take the time to calculate their overall return.

One of the biggest mistakes golfers make is focusing on the wrong things. It's well documented that chipping and putting is the quickest way to a lower score, and yet our practice time is spent pounding the driver on the range. Or even worse, instead of practising, we buy new clubs.

Investors also want to take action when short-term results are poor. They tend to trade too much and are quick to get off an underperforming stock or fund. And they're just as vulnerable to an ad for a fund with great past performance. Buying it feeds the need for change, even if it doesn't increase the chances of getting better returns in the future.

If buying on recent results is the equivalent of whaling on the driver, then looking at other factors such as fund manager, investment philosophy, quality of firm and fee level is practising around the green.

Canada has the highest proportion of left-handed golfers in the world, which I attribute to our passion for hockey – shoot left, golf left. I also contend that at least half of the southpaws should be playing right (pretty swing, no power or consistency), though I've had little success persuading any of them of this.

Investors have their domestic biases too. For instance, a Canadian's idea of diversification – the S&P/TSX composite index is made up of 45 per cent resources and 30 per cent financial services – would be considered an aggressive, specialty portfolio in other parts of the world.

I walk onto the green thinking birdie and stomp off with a bogey, after 3-putting from 10 feet. At that point, the odds of me hitting a good drive on the next hole are not very good. Investors too are less likely to make rational, long-term, valuation-based decisions when they're at extremes of the roller-coaster. Their biggest mistakes are not related to IQ, but rather EQ (emotional intelligence). For both golf and investing, temperament is the key.

There's plenty more to talk about – risk/reward decisions, which tips to follow and dealing with distance envy – but I'm heading to the range to demo a new driver. 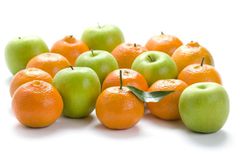 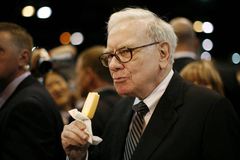 Mispriced assets: Learning to live with a not-so-free market
May 25, 2012 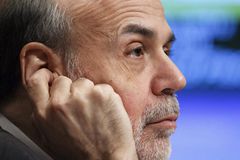