Presenting an action plan for shell-shocked investors: Open in case of paralysis over what to do with your money.

Objective: Improve on returns from money market funds and bank savings accounts - there are billions of dollars rotting in these investments today - without incurring the risk of a mauling in the stock market.

The plan: Set up a ladder of guaranteed investment certificates.

Sometimes, the best solution is the simplest. If you can't bring yourself to get back into stocks and you're tired of making nothing in money market funds and bank accounts, the GIC ladder is a reasonable compromise that can be put together in about five minutes.

Laddering means dividing your money equally into GICs with terms of one through five years. Every year, you'll roll your maturing money into a new five-year certificate. If interest rates climb, you'll have a chance to buy in. If rates fall, you've only got limited exposure.

It's hard to see GIC rates getting lower in any significant way, mind you. The big banks are posting rates as low as 0.4 per cent for non-cashable one-year certificates, which compares with a 10-year average of 2.4 per cent.

Don't worry about fractional interest rates for your bond ladder, though. We're going to construct one right here using higher-yielding GICs available from a national deposit broker called GICDirect.com, which does business with a variety of banks, credit unions and trust companies.

Here's what Bill Ritchie, president of Victoria-based GICDirect, came up with: One year at 1.45 per cent from B.C.'s Northern Savings Credit Union; if you have $50,000 or more, Mr. Ritchie said you could get 1.75 per cent from ResMor Trust, which is owned by the Canadian arm of a big U.S. financial firm called GMAC.

Assuming you had $5,000 to invest in each of these five maturities, your blended return from a traditional bond ladder would be 2.5 per cent. Note how this return differs from the posted rates at the big banks right now. The blended return for a ladder of one- through five-year bank GICs would be roughly 1.5 per cent.

Mr. Ritchie said it may be possible to get a small rate bump on big bank GICs. But he finds the banks less willing to deal on GIC rates these days, possibly because they've taken so much money in deposit accounts.

Deposit brokers are one option for getting better rates. They receive fees from financial institutions based on the amount of money being invested, so there's no cost to clients. You can get a list of deposit brokers in your province by using the registry on the website of the Registered Deposit Brokers Association at rdba.ca. Investment advice firms and brokers, both full service and discount, may offer a range of GICs as well.

If you're bummed out over the low returns from GICs, let's review a couple of points.

One, money market funds typically pay less than 0.15 per cent on an annualized basis these days. There's close to $65-billion sitting in these funds right now.

Two, high-interest savings accounts aren't much better in many cases. You've got a lower tier of banks around 0.25 per cent, a middle tier in the range of 0.75 to 1 per cent and a high tier of three small players (Ally, Maxa Financial and Peoples Trust) around 2 per cent.

The bond ladder makes you a little more than either of these alternatives, and with no risk thanks to deposit insurance through Canada Deposit Insurance Corp. or provincially backed credit union plans.

Yes, the stock market is another option. Stable blue chips like BCE Inc., TransCanada Corp., Fortis Inc. and Enbridge Inc. offer yields in the 3.5- to 6-per-cent range, but you could lose money on paper if the share price falls. Some investors have rejected this risk and are making virtually nothing. Now they have an action plan to do a little better. 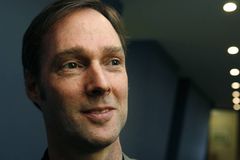 The seven deadly sins of managing your money
September 29, 2009 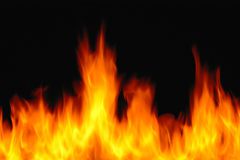