What happened to infrastructure stocks, the supposed star investments for the recession?

When the crisis hit, investors were told these companies would not only withstand the downturn, but actually benefit from a weak economy because federal stimulus money would pour into construction projects.

Yet in the past year some big construction stocks such as Aecon Group Inc. have plummeted, while even those design-related stocks that fared relatively well are stuck in the same range they were in 12 months ago. The Toronto Stock Exchange is up 10 per cent over the same period.

Brighter names such as architecture firm Stantec Inc. had steady profits, but they certainly didn't shine. Stantec's profits were up only slightly from the third quarter of 2009.

Analysts say there was far too much optimism regarding the extent to which public funding would boost these firms' bottom lines.

"Even though it makes fancy headlines … in the grand scheme of things [stimulus money]is not going to be enough to more than offset the weakness we see in the private sector," said Chris Blake, analyst at Stonecap Securities. Typically, private sector business accounts for 60 to 70 per cent of non-residential construction.

Then there were the delays. "Very few meaningful stimulus-related infrastructure projects were launched in 2009. In fact, somewhat ironically, some infrastructure spending was actually delayed (typically at the state/provincial and local levels) as these governments awaited funding from the federal stimulus coffers," noted CIBC World Markets analyst Paul Lechem.

Plus, "construction projects are notorious for delays in completing negotiations/approvals/funding, especially so for government infrastructure contracts," he added.

The recession also forced more companies to bid on fewer projects. Some businesses cited this problem in reporting third-quarter earnings. Management at Bird Construction attributed their weak numbers to "work that was awarded in late 2009 and 2010 in a more competitive construction environment." And "more competitive" means lower margin.

But companies aren't taking the hit equally. There is a split between construction-related companies and those on the design side.

Construction firms have been hit by costs. Especially at a time of "anemic" growth in revenue, "it's extremely difficult to predict the cost side," Mr. Blake said. "It's an art more than a science." Construction firms are on the hook for big capital outlays for raw materials and equipment, as well as payments to third-party firms on contract, and can't easily cut those expenses if work falls short of expectations.

In contrast, at engineering and architecture firms, people make up the biggest costs, and they can be hired and laid off much more easily.

Design-related firms also work on the early stages of projects, Mr. Blake said, so they reported revenue on contracts the construction firms haven't yet touched.

Overall, though, the biggest factor dragging down the sector was unrealistic expectations. "Canadian estimates proved to be too optimistic," Mr. Lechem noted. Investors mistakenly thought Canada's growth would continue even though its giant neighbour next door was scaling back.

That number resonates with analysts. "Bird's significantly higher backlog figure increases our confidence that the impact of the economic downturn is likely to wane in the coming quarter," Macquarie analyst Avi Dalfen noted.

Mr. Dalfen also sees future strength for Aecon , which also posted a backlog, and gives the stock an "outperform" rating. While he acknowledged recent troubles, the company has shown some promising signs, including winning a $279-million contract over four other bidders to extend a Toronto subway line.

Oil companies are also ramping up oil sands project spending again. CIBC noted that projects such as Suncor's Firebag 4 and Husky's Sunrise are on the cusp of being restarted, which bodes well for construction firms.

Infrastructure stocks were touted as ideal investments to take advantage of stimulus spending when the recession first hit, but their performance has lagged the broader S&P/TSX index in the past year.

Reasons for their weakness include:

Although the government stepped in with stimulus funds, private sector projects have historically accounted for 60 to 70 per cent of all business.

The government took its time doling out contracts and the construction industry is notorious for delays in getting approvals and completing work.

When proposed projects died during the downturn, more firms bid for fewer contracts, lowering margins on those awarded. 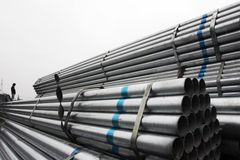 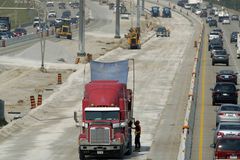