Imagine an entire enterprise set on course for disaster, driven by the owner's arrogant pursuit of profit. The members of the management team, from the CEO on down, know better but fail to resist or are ignored. The clients remain totally unaware of the risks until far too late, with catastrophic results – particularly for the poorest among them. This is the story line of the excellent Titanic, a musical now playing at the Charing Cross Theatre in London. As I took in this powerful portrayal of the human failures that brought down a ship thought to be unsinkable, it occurred to me that if we're not careful, the tragic story could also end up describing the fate of the global retirement system.

With interest rates extremely low and the prices of stocks and bonds at historic highs, finding safe investments that can help guarantee a comfortable retirement has become increasingly difficult. This has put the managers of pension funds and other institutions that invest on behalf of future retirees in a difficult position, driving them to take ever greater risks in hopes of meeting their performance objectives – targets that are unlikely to be met without a major revamp of economic policies and corporate prospects. As a result, individuals are increasingly being exposed to the threat of losses that cannot be recouped quickly.

The degree of long-term financial security that can be assured depends on three elements: future returns, correlations among different asset classes and volatility. The outlook for all three is becoming more uncertain.

What returns can investors realistically expect? With the combination of central bank activism and less robust economic prospects pushing bond yields into negative territory (most recently in Britain), fixed income markets no longer generate any meaningful returns – unless one takes on a lot more default risk by accumulating junk debt issued by corporations and emerging-market governments. In the stock market, high-quality dividend-yielding shares have reached unnerving valuations, leaving more volatile and risky options.

More sophisticated investors may be able to access investment vehicles that traffic in less-crowded areas – but selecting the right manager is not easy, especially in a "zero sum" world in which one manager's positive "alpha" is another's losses.

In principle, the right mix of investments can provide greater return for the same risk. But this works only if the investments don't move in sync – and correlations among asset classes have lately become unstable and less predictable. Sophisticated long-term investors realize that portfolio diversification, while still necessary, is no longer sufficient for proper risk mitigation. Yet the next operational step is not easy and it typically involves giving up some potential return.

Then there's volatility, which increases the chances that an investment will fall in value precisely when a future retiree needs the money. In recent years, central banks have largely been willing and able to repress financial volatility. Now, though, this is changing. Some, such as the Bank of Japan, appear less able while others, such as the Federal Reserve, somewhat less willing.

The repercussions for investment managers depend on where they stand. Those who oversee severely underfunded corporate or public defined-benefit pension plans are in a particularly tough bind: They must achieve high returns to meet their targets, so they face the greatest pressure to take on risks that could be catastrophic if companies and the economy don't perform well enough to justify existing asset prices. Even better-funded pension plans that have matched their assets to their liabilities will be challenged to maintain historical returns if they take on new entrants.

To avoid disaster, policy makers and investment managers should consider three fixes. First, be a lot more realistic about the returns that can be achieved within traditional risk tolerance parameters. Second, put in place policies to boost savings and income, so people – particularly the most vulnerable – will have more money available to put aside for retirement. Third, be transparent with retirees about the risks that are being taken on their behalf, also offering less risky options with explicitly lower expected returns.

Absent urgent change, the retirement system could end up following the example of the Titanic. Like the ship's passengers, many individuals would face the risk of devastating consequences. And like the second- and third-class passengers who had a hard time getting on lifeboats, the middle- and low-income segments of the population would be most at risk.

Mohamed A. El-Erian is the chief economic adviser at Allianz SE, chairman of Barack Obama's Global Development Council and the former CEO and co-chief investment officer of Pimco. 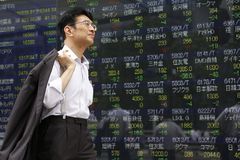 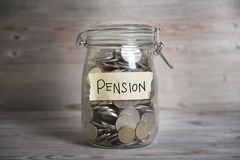