The Japanese yen has been in the longest-running bull market of any major asset. Its rise began more than a generation ago, way back in 1971, and it hasn't looked back since.

But every bull market eventually has to end and one of Wall Street's most vocal pundits, Dennis Gartman, is convinced that the long advance of the yen is finally over. He's urging investors to sell the currency short, a trade he thinks will work for years as Japan's economic problems continue to grow and the currency takes a drubbing

"I think it's the trade of the next 10 years," says Mr. Gartman of the Gartman Letter, a market advisory service. "The yen is doomed fundamentally. Japan just has so many problems, none of which are going to go away anytime soon."

True to his convictions, Mr. Gartman has been shorting the yen on currency markets and designing trades that in effect allow him to buy gold , corn, even soybeans in yen terms, hoping to make a double whammy of profits if the Japanese currency keeps dropping and the prices of the other assets he's buying continue rising.

The strength of the yen in recent years has been counterintuitive. Japan faces challenges that would normally suggest extreme currency weakness, even if the country didn't have to cope with last year's tsunami and nuclear disaster.

Its government debt is twice the size of its GDP, the scariest ratio in the developed world. To make matters worse, its lofty currency is an obstacle for its exporters, it has been fighting persistent deflation, and its population is aging rapidly.

"This is one of the slowest moving train wrecks in the history of finance, but we're just not quite sure when it clicks over," says Andrew Busch, global currency strategist at Bank of Montreal's investment arm.

In the face of Japan's many woes, the yen managed to stay aloft – until a month ago. Since early February, when the currency was trading at around 76 yen to $1 (U.S.), it has sunk about 10 per cent, considered a huge move in foreign exchange markets. (In the early 1970s, at the beginning of the currency's long rise, it took 360 yen to buy $1.)

Camilla Sutton, chief currency strategist at Scotia Capital, says sentiment "used to be quite bullish for yen for a very long time," but the market view has "turned wildly negative just over the last few weeks."

Much of the yen weakness occurred after the Bank of Japan said in February that it would buy ¥10-trillion worth of government bonds – in effect printing money to finance the government's debt.

Ms. Sutton cautions that the yen could recover if sovereign debt problems in Europe re-emerge. The yen, like the U.S. dollar, benefits from inflows from Europe during periods of jitters over sovereign debt.

For those convinced the Japan's negative fundamentals will continue sinking the yen, there are a number of ways to profit.

Mr. Gartman favours the futures market, where traders can sell contracts on the yen and make money when the value of the yen falls. Futures trading, however, isn't for the faint of heart and is normally the preserve of sophisticated investors who can accept losses.

Futures trading involves leverage that can cause rapid profits or losses on the small down payments, known as margin, used to finance the transactions.

Another approach advocated by Mr. Gartman has been to buy futures contracts on gold and other commodities and simultaneously sell Japanese yen futures. If he buys contracts representing $1 million in gold, he then sells futures contracts on yen worth $1 million. "You create your own synthetic derivative" that allows purchases of assets in yen terms, he says of the strategy. "Generally I think you should buy assets in yen terms across the board."

These somewhat complicated trades will have supersized payouts if the yen falls and the various commodities rise, but will suffer large losses if the yen strengthens and commodity prices weaken.

There may be simpler ways of profiting from a drop in the yen. Mr. Busch says shares of major Japanese exporters should do well if the currency drops. The Japanese stock market has been on a tear since the yen started to weaken, although offshore buyers stand to have some of their stock gains offset by currency-related losses when they value holdings in the currency of their home country.

There are also ETFs that are designed to mirror currency trends. The CurrencyShares Japanese Yen Trust ETF goes up when the yen rallies, but it can be sold short to profit from declines in the currency. (Short sales involve selling borrowed shares with the aim of making a profit by repurchasing them later at a lower price.)

There is one London-listed ETF that allows investors to profit from a yen decline – the ETFS Short Japanese Yen Long U.S. Dollar ETC, although Canadian buyers would be exposed to additional risk from fluctuations in the value of the Canadian dollar because the security trades in U.S. currency.

Mr. Gartman says there is an additional reason the yen will likely continue to be weak: Japanese companies want a cheaper currency to make exports more competitive. "Clearly, the Japanese corporate structure wants a weaker yen. They're obviously cheering this on." 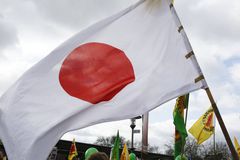 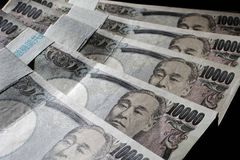 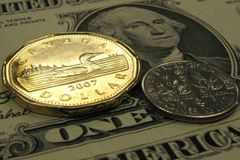 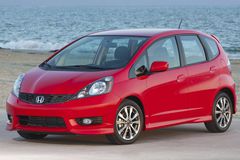