David MilsteadInstitutional Investment Reporter
Special to The Globe and Mail
Published May 3, 2013 Updated May 11, 2018

The companies that operate theme parks have been riding their own roller coasters.

After a steep drop during the financial crisis, their shares are once again climbing sharply.

Investors have been thrilled to discover businesses that can grow revenues in a lacklustre economy while throwing off gushers of cash – especially when that cash is promptly returned to shareholders in the form of dividends.

In recent months, theme park stocks have been a hot ticket to profits. Six Flags Entertainment Corp., owner of 18 parks including La Ronde in Montreal, and Cedar Fair LP, owner of 21 properties including Canada's Wonderland near Toronto, hit 52-week highs late last month. And SeaWorld Entertainment Inc. provided one of the spring's top IPOs, pricing at the top of its expected range, then climbing nearly 30 per cent on its trading debut.

The momentum suggests that the shares may have further to climb, especially if you believe the economy will avoid its own House of Horrors. Among other virtues, theme parks are a way to benefit from the recuperating bottom line of the U.S. consumer.

"I think you'll continue to see growth, and it's a function of not just attendance, but raising ticket prices and getting people to spend more once they're in the park," he adds.

Six Flags, Cedar Fair and SeaWorld represent relatively pure ways to play the theme park idea. (While Walt Disney Co. and Comcast Corp. have theme park divisions, each contributes only about 20 per cent of their parents' profit.)

In many ways, these theme park operators are comeback stories. Six Flags went into bankruptcy in 2009, emerging in 2010; Cedar Fair nearly sold itself to a private-equity firm in the recession at around $10 (U.S.) per share; it stayed independent, and the shares are up around 300 per cent since.

What happened? The bottom for these companies came, unsurprisingly, when consumers cut out nearly all their discretionary spending in the 2009 crash. The over-leveraged companies couldn't handle the drop in attendance and profits.

As the consumer returned, however, interest rates have remained low. That means the theme park companies can use the debt markets to refinance their borrowings or make investments in their properties on favourable terms.

All have been finding ways to drive attendance and grow revenue. New rides are part of the recipe: The "Leviathan" roller coaster at Canada's Wonderland helped make it the top-attended park in North America last year, according to a company spokesperson.

Another attraction for customers is the ability to pay on easy terms. Cedar Fair, for instance, targets budget-conscious consumers by allowing them to pay the $84 (Canadian) price of a new Canada's Wonderland season pass in six parts.

"They're emphasizing season-pass sales and innovative ways to pay for them," says John Puchalla, who follows the debt of the theme-park companies for Moody's Investors Service.

At the same time, the company is giving consumers who are willing to pay more that opportunity: In a program starting last year, Canada's Wonderland attendees can pay an extra $35 to $55 for the right to get at the front of the line for rides.

While these may not sound like huge innovations, they can have a big impact on the bottom line.

Mr. Corydon notes most parks operate well below capacity, so aside from a trivial amount in added labour costs, any bump in revenue "nearly all falls to pretax profits."

The three theme park companies posted 2012 sales growth between 3.9 per cent (Cedar Fair) and 7 per cent (SeaWorld). Meanwhile, Six Flags and SeaWorld increased their EBITDA, or earnings before interest, taxes, depreciation and amortization, by roughly 10 per cent. (Cedar Fair boosted its about 3 per cent.)

Given those growth numbers, none of the stocks is particularly cheap: Cedar Fair trades at nearly 18 times forward earnings, and Six Flags changes hands at 24 times.

The analysts who plan to cover SeaWorld haven't yet released earnings estimates because of the quiet period after the company's IPO, but the company now trades for 36 times its trailing earnings.

In part, the generous valuations reflect these stocks' lush payouts to investors. Cedar Fair has a 6-per-cent dividend yield, while Six Flags has a dividend that pays 5 per cent. SeaWorld's intended dividend of 20 cents (U.S.) per quarter works out to about 2.4 per cent.

"Investors have caught on to the fact these companies produce tremendous amounts of free cash flow," Mr. Corydon says. "Six Flags and Cedar Fair have both raised their dividends pretty significantly over the last couple of years, and SeaWorld has come out with a fairly attractive dividend yield. In addition to the business being strong, you have that dynamic as well."

His "buy" rating and $100 (U.S.) target price (compared to current levels around $75) is based on the idea Six Flags' shares should rise so its dividend and free-cash-flow yields more closely resemble SeaWorld's.

Mr. Corydon does not formally cover Cedar Fair, but it produces nearly as much free cash flow (more than $3 per share) as Six Flags (more than $4).

Using the same principle, at recent prices around $42, Cedar Fair stock would need to at least double for its free-cash-flow yield to match SeaWorld's.

In all, this suggests the ascent can continue. 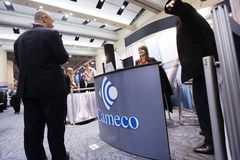 Are beaten-down gold stocks now a buying opportunity?
May 11, 2018 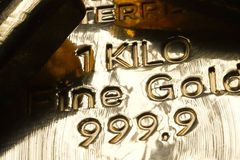 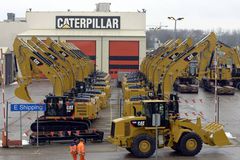