One of the big advantages of investing in mid-cap stocks is that when we get it wrong, we can admit our mistakes, exit a position, and recycle our capital elsewhere. Our long position in Callidus could have been such a candidate. Fortunately, we do not think we are wrong on CBL. There has been a huge disconnect between its operations and share price. In terms of its business operations, CBL has met or exceeded analysts' expectations on most metrics, yet the share price is down 54 per cent over the last 12 months. The current economic conditions are ideal for a distressed lender like CBL. We agree that CBL is a complex story to understand and management could have done a better job educating the street, but we think it is worth the effort. At 1.1x book value, 6.7-per-cent yield and 6.5x PER 2016, there is little downside and a lot of upside, especially if management executes a substantial issuer bid share buyback. As one of our highest conviction names, we have added to CBL to become a top three position. While it may be lonely investing in 'uncrowded' stocks, we believe the risk-to-reward ratio makes it worthwhile.

We use our short position in Canadian Western Bank as a hedge against market risk and industry-specific risks. We are cautious about the outlook for Canadian banks in general and we have particular concerns about Western Canada.

The motivation for a pair trade usually lies on only one side of the trade; in this case, we view WestJet as a short. We have concerns about capacity growth in Canada, by both WJA and Air Canada. We view Air Canada's discount airline Rouge as a major competitive threat to WJA, shrinking WJA margins on their over-lapping routes. 2016 should see the launch of an ultra-discount airline based in western Canada. About one-third of WestJet passengers are based in Alberta, so it will be disproportionately affected by the upstart carrier as well as lingering weakness in the oil patch. In addition, a weak Canadian dollar makes international travel more expensive for Canadians, as well as increasing the cost of jet fuel in U.S. dollars for Canadian airlines.

To hedge our short position, we were reluctant to use Air Canada as a long hedge position, as it would be similarly affected by the weak Canadian dollar. A U.S. airline would not face this issue. Allegiant ($3.3-billion market cap) is an ultra-low cost airline and travel company focused primarily on tertiary destinations in the USA, usually without much competition on its routes. Because it has an old, inefficient aircraft fleet, it is one of the biggest beneficiaries of cheaper jet fuel prices.

Descartes provides global logistics technology solutions through a Software As a Service (SAS) model. It is focused on improving the productivity, performance and security of logistics-intensive businesses. We have held the stock for a few years for the following reasons:

In short, DSG is a low maintenance stock; every portfolio should have a few of these. In terms of valuation, the stock is never cheap, but it's a good holding for the long-term.

Clearwater is the largest producer of shellfish seafood in North America. Industry fundamentals are quite strong currently for CLR, with robust pricing across its major categories: scallops, lobster and shrimp. The stock had traded down earlier this year when challenging weather conditions led to disappointing harvest volumes in Q1 and Q2. Recently-released Q3 results were well ahead of expectations due to very strong pricing conditions. This summer, management made a large acquisition (McDuff) in Scotland that will give them exposure to European markets. As the deal was funded by debt, we expect McDuff will add 20 per cent to earnings growth next year. We continue to hold our position in Clearwater and view it as a core consumer holding.

ShawCor is the largest pipe coating company globally. Its customers supply the pipe, then ShawCor applies special coating for its specific needs. When we made this a top pick last year, we stated: "Even if you think the worst case scenarios for the oil and gas sector will materialize, ShawCor is probably one of the last names one wants to sell in that sector." We still concur with that view that ShawCor has great long-term growth and an attractive industry niche. However, we saw more attractive uses of our capital elsewhere and decided to exit our position at $36 in late March to wait for a more attractive re-entry point. We are still waiting for that point.

Enercare has a dominant market position in water heater rentals and energy sub-metering in southern Ontario. ECI has been one of our longest-held positions (since early 2010) and one of our lowest maintenance stocks (apologies for the pun). The stock had traded as low as $13 earlier this year due, in part, to concerns about a stock overhang from its October 2014 purchase of Direct Energy's Ontario business. On Friday, ECI announced a block trade with Direct Energy to repurchase 3.8 million shares for cancellation. This was an accretive deal, as it was financed by cash on hand and Enercare's revolving credit facility, whose interest rate is less than ECI's dividend yield. At 8.2x 2016 EV/EBITDA, the stock is inexpensive. The yield of 5.5 per cent is attractive with a 62-per-cent payout ratio. ECI remains one of our top holdings.

Just Energy is another story. JE is a door-to-door marketing company that sells a variety of energy products. Ask yourself: When is the last time you bought something from a door-to-door salesperson?

We have a long list of concerns about the company:

We continue to view Just Energy as a long-term short.

We at Lightwater do not spend much time predicting the outlook for markets. Instead, we believe in structuring our funds in such a way that we believe they can earn a positive return, regardless of market conditions. We short stocks as a hedge to reduce overall risk in the portfolios.

Most people understand the concept of "buy low, sell high." When you think about it, these are two independent events – so what if you reversed their order? "Sell high, buy low". That is effectively what a short sell is. Despite the general perception that shorting makes hedge funds risky, if used effectively, shorting mitigates risk. Shorting is a tool that is not available to most mutual funds – or when available, mutual funds can only utilize it in a very limited manner. When used correctly, shorting allows hedge funds to have a lower risk profile than a mutual fund, an ETF or an index fund. 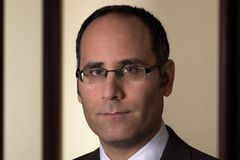 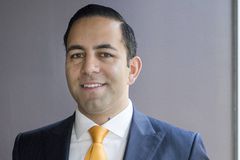